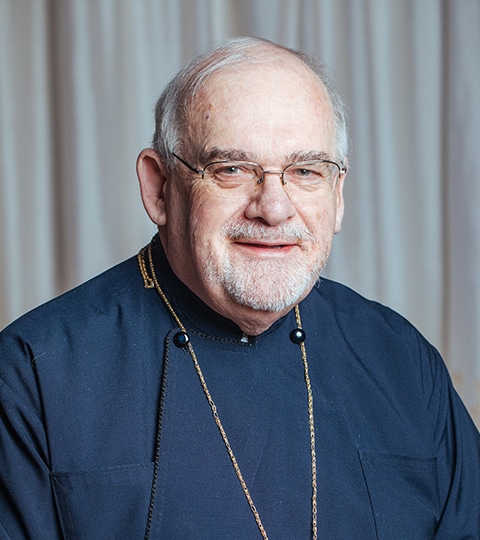 Through his courses and seminars, Fr. Thomas FitzGerald introduces his students to the personalities, documents, and issues of Church History and Historical Theology, and relates these to contemporary issues. In his teaching, research, and writings, he has a particular interest in the issues of division and reconciliation, which are reflected especially in the councils of the Church as well as in ecumenical dialogues. His recent book, The Ecumenical Movement: An Introductory History, addresses many of these issues. His book The Orthodox Church is the first scholarly study of the development of Orthodox Christianity in the United States. Having also lectured in Europe, the Middle East, and Africa, Fr. Thomas brings to his teaching the experience of participation in theological conferences in over thirty countries. He has also co-led study-tours to Greece, Turkey, and the Middle East.

Active in Inter-Orthodox consultations and ecumenical dialogues, Fr. Thomas is the chairperson of the Ecumenical Commission of the Standing Conference of the Canonical Orthodox Bishops in America. He is the executive secretary and a member of the Orthodox-Catholic Theological Consultation in North America, and a member of the Faith and Order Commission of the National Council of Churches. He represented the Ecumenical Patriarchate as the senior Orthodox theologian at the World Council of Churches in Geneva, Switzerland, between 1994-1999. He continues to represent the Ecumenical Patriarchate at ecumenical dialogues and interfaith discussions. He also serves as the editor of The Greek Orthodox Theological Review.

Fr. Thomas frequently is invited to lead retreats for Orthodox parishes and dioceses, as well as for ecumenical gatherings. His book, Happy in the Lord: The Beatitudes for Everyday, co-authored with his wife, Dr. Kyriaki FitzGerald, serves as an introduction to Orthodox spirituality.

The students of Holy Cross selected him for the award for “Excellence in Teaching” in 2000. He also received an Alumni Citation from the HCHC Alumni Association in 1994.