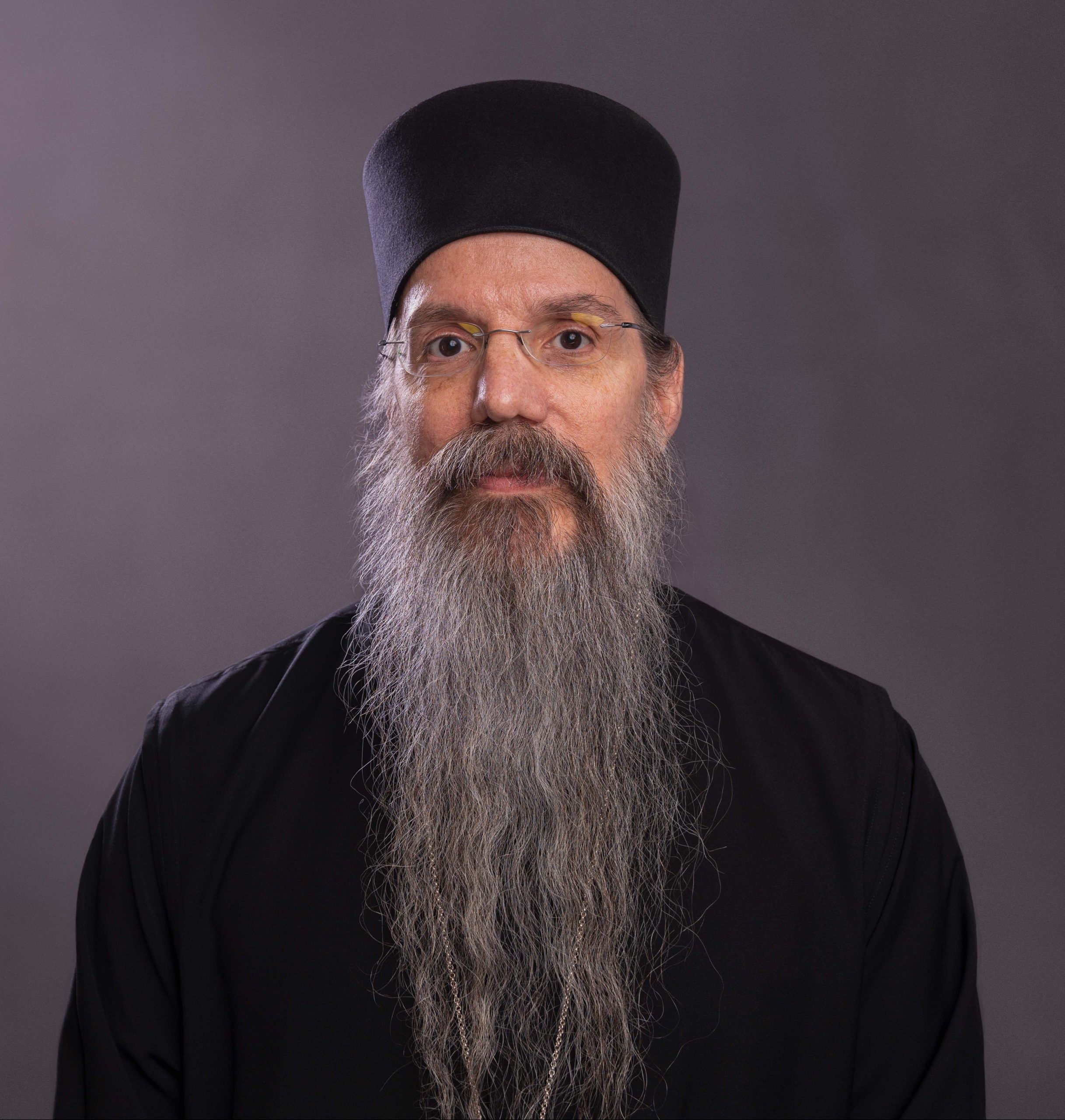 Professor of Patristics and Orthodox Spirituality

Fr Maximos is Professor of Patristics and Orthodox Spirituality. A summa cum laude graduate of Holy Cross (1987), he completed his PhD in Patristics and Historical Theology at the Catholic University of America in Washington, D.C. (1993), after which he taught at Hellenic College and Holy Cross (1993-1998). In the fall of 1998, he was invited to join the faculty of Harvard Divinity School, where he was Professor of Patristics and Orthodox Theology from 1998-2004. Responding to a life-long calling to the monastic life, he resigned his position at Harvard and was tonsured a great-schema monk at the Holy Monastery of Simonopetra, where he lived from 2004-2011. He was subsequently invited by Archbishop Demetrios to return to Holy Cross, where he has been an outstanding teacher, rigorous academic mentor, and prolific scholar. His publications include five books, more than fifty articles (many of them of monograph-length), and a dozen translated volumes. His current research project is a first-ever critical edition and English translation of the Life of the Virgin by the tenth-century Byzantine writer John Geometres.

Fr. Maximos teaches courses on the theology of the Church Fathers, including St Basil the Great, St Gregory the Theologian, St Dionysius the Areopagite, St Symeon the New Theologian, and especially St Maximos the Confessor, on whom he is an internationally recognized specialist. His research interests focus on the Patristic and Byzantine interpretation of Scripture, the Philokalia and Orthodox spirituality, the study of Byzantine manuscripts, and the theological study of Byzantine art, icons, and iconography. Fr Maximos’ interest in the arts began with a program of study at the School of Visual Arts in New York City (1979-1980), and he currently works as a consultant for American filmmaker Terrence Malick, including work on Malick’s most recent film, A Hidden Life, which is based on the real-life story of Franz Jägerstätter, an Austrian conscientious objector during World War II, who was sentenced to death and executed. He was later declared a martyr and beatified by the Roman Catholic Church.

Fr Maximos has twice held fellowships at Dumbarton Oaks, Harvard University’s Center for Byzantine Studies in Washington, D.C. (1992-1993, 2000-2002); he was the Inaugural James Rubin Visiting Professor of Patristic and Byzantine Studies at Hebrew University, Jerusalem (1991-1992); and a Visiting Professor of Patristics and Byzantine Literature and Consultant to the Thesaurus Linguae Graecae (UCLA, Irvine, 2001). In 2003, he was invited to teach Orthodox Theology at the École Pratique des Hautes Études in Paris; and in 2016, he served as a Visiting Professor of Byzantine Literature at Harvard University’s Department of the Classics (2016). He is a member of numerous international theological societies, and serves on multiple editorial boards, including Analogia: A Journal of Theological Dialogue; and Harvard University’s prestigious Dumbarton Oaks Medieval Library series.

Fr Maximos is the author of Proclus of Constantinople and the Cult of the Virgin in Late Antiquity (2003); Maximos the Confessor, On Difficulties in the Church Fathers: The Ambigua to Thomas and John (2014); The Art of Seeing: Paradox and Perception in Orthodox Iconography (2014); Mother of the Light: Prayers to the Theotokos (2018); Maximos the Confessor, On Difficulties in Sacred Scripture: The Responses to the Questions of Thalassios (2019); St John Chrysostom and the Jesus Prayer: A Contribution to the Study of the Philokalia (2019); and The Light of the World: Prayers to our Lord and Savior Jesus Christ (2020). He has also translated four volumes of the writings of the Athonite Elder Aimilianos of Simonopetra: The Church at Prayer: The Mystical Liturgy of the Heart (2005); The Way of the Spirit: Reflections on Life in God (2009); Psalms and the Life of Faith (2015); and The Mystical Marriage: Spiritual Life according to St Maximos the Confessor (2018).

Maximos Constas, Maximos the Confessor, On Difficulties in Sacred Scripture: Responses to the Questions of Thalassios, The Fathers of the Church 136. Washington, D.C.: The Catholic University Press of America, 2018. Click here to purchase

Maximos Constas , Maximos the Confessor, On Difficulties in the Church Fathers: The Ambigua to Thomas and The Ambigua to John, Dumbarton Oaks Medieval Library, vols. 28-29. Cambridge, Mass.: Harvard University Press, 2014.