Explore your Orthodox Christian faith more deeply in the course of your college career!

Our School. Our Faith.
Our Tomorrow.

Educating the next generation of Orthodox Christian clergy and lay leaders.

Help protect the future of Hellenic College Holy Cross and the Orthodox Faith.

Hellenic College Holy Cross Greek Orthodox School of Theology strongly protests the decision of the Turkish government to turn Hagia Sophia into a mosque. This decision strikes at the core of religious and cultural sensitivities...

Dr. Ellen A. Lanzano, Professor of English and Chair of the Literature and History Program at Hellenic College, has published a new book, The Harp and the Web: Hellenism in Literature, Selected Adaptations. Examining works...

You Are a Part of My Story

Thank you to our supporters and friends!

“This place will help you channel your faith to become an agent of God’s grace.”

“[Enrolling at Hellenic College in my forties] was a big adjustment, of course, but the best thing for me because I could live a simple and quiet life while being part of a community.”

“The Semester of Faith program at Hellenic College has significantly impacted my life in many positive ways…The program led me to many wonderful lifelong friendships, while also providing the opportunity to pursue my love for music through the Byzantine Chant program.”

read more
I’M READY TO:
SPEAK TO AN ADMISSIONS COUNSELOR 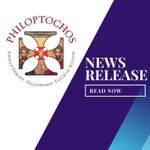 Thank you, @Philoptochos1! Our students greatly appreciate your support. ❤️

".. But now I am coming to you; and these things I speak in the world, that they may have my joy fulfilled in themselves.'" Learn more at https://www.goarch.org/chapel?date=5/31/2020. #GoArch #LiveOrthodoxy

Open
“All of the programs, initiatives, and webinars

Open
For most undergraduate and graduate students, walk

Open
On this #MemorialDay, we remember with gratitude a

Open
"[CrossRoad] is a beautiful program, like a lighth

Open
We are excited to announce that Holy Cross Greek O

Hellenic College Holy Cross Greek Orthodox School of Theology strongly protests the decision of the Turkish government to turn Hagia Sophia into a mosque. This decision strikes at the core of religious and cultural sensitivities and identities, and we are opposed to it on moral, ethical, cultural, and religious-freedom grounds.

The history of the edifice is well known. Constructed in the sixth century, the site on which Hagia Sophia now stands was home to two earlier Orthodox Christian churches, both also dedicated to Hagia Sophia—the Holy Wisdom of God. After the two earlier churches were destroyed by fire, the Emperor Justinian built the current church that became the most important Christian house of worship in the world for nearly a thousand years. When the Ottoman Turks conquered Constantinople in 1453, Hagia Sophia was turned into a mosque by the Sultan.

In 1934, Hagia Sophia became a museum and eventually a Unesco World Heritage site. For nearly 90 years, the church has been open to any and all people of faith or people of no faith at all. Its status as a museum has allowed for some of the most important discoveries of Byzantine art and iconography. Beginning in the 1930s, systematic examinations of the building undertaken by Turkish archaeologists and teams of international art historians and scholars brought to light the history of the church. There is no doubt that such discoveries and studies would not have taken place had not the building been designated as a museum.

The land of Turkey is the home of several historically significant cultures. Ancient Hittite settlements, Hellenistic ruins, Roman temples, Byzantine monuments, Seljuk and Ottoman buildings, have all been preserved and respected by the Turkish people and government. However, the same respect shown to these cultural monuments has begun to fade with respect to Byzantine churches. Beginning with the conversion of the Hagia Sophia church in Trebizon in 2013, the Turkish government has systematically turned Byzantine churches into mosques. More recently, approval was given for turning the famous Monastery of the Chora (Kariye Camii) into a mosque. This magnificent church, filled with mosaics and frescos, contains some of the most outstanding examples of Orthodox Christian iconography produced during the late Byzantine period (13-15th centuries). The pattern is clear: the removal of any trace of Christian Byzantium from Turkey.

The decision to turn Hagia Sophia into a mosque, after nearly a century as a landmark museum displaying its joint Christian and Islamic heritage, is a deeply offensive act that is morally indefensible. It reflects the insensitivity of Turkey’s current leadership to non-Muslim religious traditions and sends a message to the world that Turkey is for Muslim Turks. It is a sad day for humanity in the twenty-first century when old military conquests continue to be relived and revived centuries later without recognition of the cultures and monuments those victories tried to destroy. ... See MoreSee Less

We are excited to announce that Holy Cross Greek Orthodox School of Theology is launching a new one-year program: the Certificate in Youth and Young Adult Ministry and Leadership (CYML). The program is designed for those who have completed their bachelor's degrees and wish to deepen their theological knowledge while developing their skills and understanding for ministry and leadership with youth and young adults. We are offering full-tuition scholarships to select students who wish to complete this program. We are grateful to Leadership 100 for their generous funding of these scholarships. For more information, please visit: hchc-7315483.hs-sites.com ... See MoreSee Less

"At that time, Jesus lifted up his eyes to heaven and said, "Father, the hour has come; glorify your Son that the Son may glorify you, since you have given him power over all flesh, to give eternal life to all whom you have given him. And this is eternal life, that they know you the only true God, and Jesus Christ whom you have sent. I glorified you on earth, having accomplished the work which you gave me to do; and now, Father, you glorify me in your own presence with the glory which I had with you before the world was made. 'I have manifested your name to the men whom you gave me out of the world; yours they were, and you gave them to me, and they have kept your word. Now they know that everything that you have given me is from you; for I have given them the words which you gave me, and they have received them and know in truth that I came from you; and they have believed that you did send me. I am praying for them; I am not praying for the world but for those whom you have given me, for they are mine; all mine are yours, and yours are mine, and I am glorified in them. And now I am no more in the world, but they are in the world, and I am coming to you. Holy Father, keep them in your name, which you have given me, that they may be one, even as we are one. While I was with them, I kept them in your name, which you have given me; I have guarded them, and none of them is lost but the son of perdition, that the scripture might be fulfilled. But now I am coming to you; and these things I speak in the world, that they may have my joy fulfilled in themselves.'" Learn more at www.goarch.org/chapel?date=5/31/2020. #GoArch #LiveOrthodoxy ... See MoreSee Less