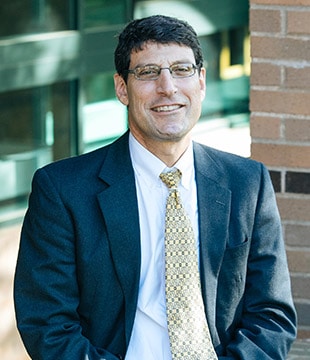 James C. Skedros is the Michael G. and Anastasia Cantonis Professor of Byzantine Studies and Professor of Early Christianity at Hellenic College Holy Cross Greek Orthodox School of Theology. He has been on faculty at Holy Cross since 1998 and served as dean of Holy Cross from 2013 to 2018. A graduate of Holy Cross, Dr. Skedros received his ThD from Harvard Divinity School in the History of Christianity. From 1996 to 1998, he was Assistant Professor of Orthodox Studies at the Graduate Theological Union in Berkeley, California. He is also Lecturer on New Testament Greek at Harvard Divinity School where he has been teaching Greek since 2001.

His teaching and research areas include popular religious practices in Late Antiquity, Byzantine Christianity, the lives of early Christian and Byzantine saints, and Christian-Muslim relations. In addition to his book on the historical development of the veneration of the early Christian martyr Demetrios (St. Demetrios of Thessaloniki: Civic Patron and Divine Protector, 4th-7th c. CE), he has published several journal articles as well as entries in important references works (The Cambridge Dictionary of Christianity; The Encyclopedia of Eastern Orthodox Christianity; The Orthodox Christian World) and in several books dealing with the veneration and commemoration of saints. His article “Byzantium and Islam in the Mediterranean World” (Blackwell Companion to World Christianity, 2016) traces the interaction between Islam and Byzantine society. He is the recipient of an innovation teaching grant from the Association of Theological Schools for the course Jews, Christians, and Muslims Interacting, a course that brings students of the three faiths together for theological and historical studies. He is a double recipient of a Fulbright Fellowship, both for the study of Byzantine saints in Thessaloniki, Greece.