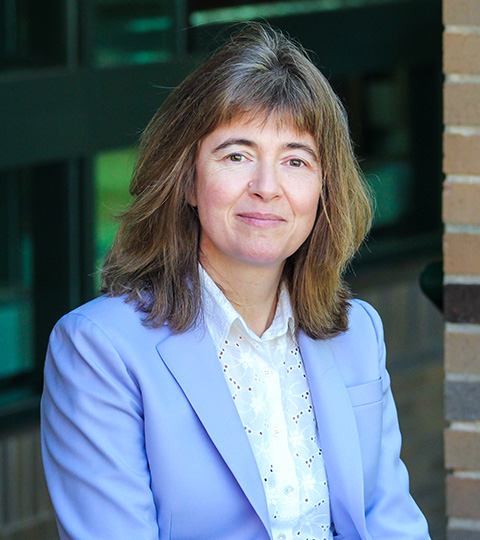 Stamatia Dova (Ph.D. Harvard 2001) joined the department of Greek Studies in 2001. She teaches and publishes on archaic and classical Greek poetry, the concept of the hero in ancient Greece, ancient Greek athletics, and Greek language pedagogy.

She is the author of Greek Heroes in and out of Hades  (Lexington Books, 2012), and The Poetics of Failure in Ancient Greece (Routledge, 2020), and the editor of Historical Poetics in Nineteenth and Twentieth Century Greece: Essays in Honor of Lily Macrakis  (Center for Hellenic Studies, 2012). Her publications also include: “On Philogymnastia and its Cognates in Plato” (In: H. L. Reid, M. Ralkowski, and C. P. Zoller, eds.  Gymnastics, Athletics, and Agōn in Plato, Parnassos Press, 2020), “On Princes and Carpenters Boxing in Homer” (Journal of the Philosophy of Sport, 2020), and “On Olympic Victors, Ancient and Modern” (Mouseion, 2019). She is currently working on a new book entitled The Poetics of Olympism, a collection of essays on the ancient Olympics and their reception in the modern world.

Professor Dova is also the director of the Kallinikeion Institute at Hellenic College Holy Cross and the Associate in Hellenic Literature and Language at the Center for Hellenic Studies in Washington, D.C.