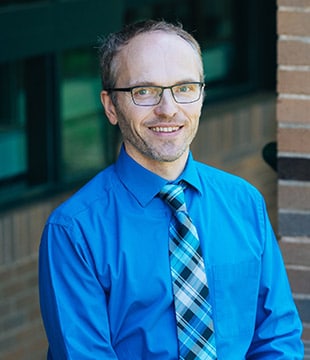 Tone Svetelj’s background includes 15 years of international experience in philosophical and theological studies. His teaching and research interests are centered within the Philosophy of Religion, and Ethics and History of Philosophy. In light of his doctoral research on Charles Taylor, he has explored the questions of modernity that Taylor initiated, particularly those that touch on the dimensions of authenticity, recognition of diversity, and positive aspects of globalization, as well as questions related to inter-religious and inter-cultural dialogue. In his recent publications, he explores the topics such as the meaning of universal humanism, philosophy of interculturality, forgiveness, religious violence, positive aspects of globalization, and search for new ways to become more human.

In his teaching, Tone often tries to nudge students toward the question of justice as the way to overcome modern individualism and subjectivism. By reading ancient and modern philosophical and theological texts, from both Western and non-Western traditions, he teaches students to look for answers to the most existential questions of our life, such as the meaning of life, the question of justice, and our understanding of spirituality as the way of integration of one’s life. In this way, Tone hopes the students will grow roots in their own traditions, and, at the same time, remain open to other traditions, which Tone considers to be crucial for their future lives in a globalized world, as well as in their local communities. Tone deeply believes in the importance of cura personalis, i.e. taking care of each student so that they can discover their unique gifts and challenges, especially in the field of spirituality.