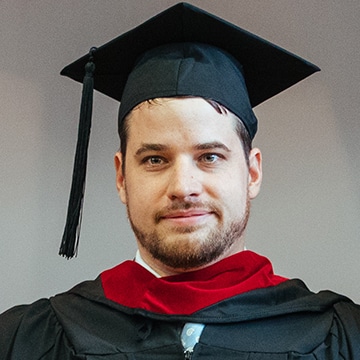 The Swiss are known to love long walks in rugged terrain, but Lukas is one of the few who have walked from Switzerland to Jerusalem—a distance of 4,000 miles. “I really wanted to do a pilgrimage and walk all the way from Zurich to Jerusalem,” he recalls. On the way, he stopped in Thessaloniki and then stayed on Mt. Athos for three weeks, an experience recommended to him by his Roman Catholic uncle. Lukas had been raised Protestant but felt drawn to Orthodoxy, a pull that increased as he walked through Greece and on toward Istanbul.

Although he had walked that far alone, Lukas wanted his longtime American girlfriend, Anna, to share the rest of the journey with him. The two had met as teenagers while volunteering on a Mercy Ship sailing from Europe to West Africa, so Anna was no stranger to rough but meaningful travel. The young couple walked together from Istanbul to Jerusalem, arriving in 2009, by which time they were clearly committed to becoming Orthodox. Living in Jerusalem for six months, they often visited monasteries and were catechized there. Ultimately, they were baptized, with Palestinian Orthodox Christians from Bethlehem as their godparents. A local bishop offered to marry them the next day, but they chose to marry in the US, so their families could more easily join them. “The wedding was permeated with grace,” marvels Lukas.

Two years ago, after living in Maine and Pennsylvania for four years, Lukas and Anna came to Boston with their little boy, Alexander. Lukas had twelve years of experience as a software engineer and could have worked anywhere, but chose to join a Boston asset management firm, with a higher purpose in mind. “I had visited all the main Orthodox seminaries and felt that Holy Cross was the best place for us. I liked the strong intellectual component and having access to the other member schools of the BTI [Boston Theological Institute] was a pretty big factor, but it really was a decision of the heart. I knew immediately.”

While Anna thrives in her practice as a midwife, Lukas is combining his full-time studies toward the Master of Divinity degree with a half-time position as a software engineer. “It’s really hard sometimes, combining the two, but I don’t care—this is a dream come true.”