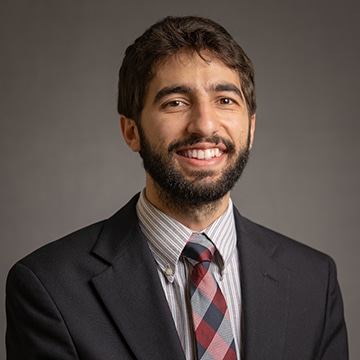 Seven years ago, Niko had a sudden change of heart that changed the course of his life. After graduating from high school in his home town of Moorestown, New Jersey, he was planning to study physics in college. “I was set on it and had a great interest in physics,” he recalls. With an equally strong interest in and talent for music–he plays five instruments–Niko also wanted to study music seriously and had even thought about becoming a professional musician.

Then “at the very last minute,” Niko found himself considering a radically different path. He had been actively involved in his church all his life, “from altar boy to GOYA and anything else I could get my hands on.” He had also attended the Metropolis of New Jersey’s summer camp from the age of thirteen, where he got to know some students from Hellenic College Holy Cross. “Something from that experience stuck with me and didn’t go away,” he says.

To his own surprise and his family’s, Niko applied to Hellenic College and entered the Religious Studies A program, which prepares male undergraduate students of the Greek Orthodox Archdiocese of America for future service in the Church. Those who, like Niko, enroll at Holy Cross after graduating from Hellenic, can complete the Master of Divinity degree in three years, rather than the customary four.

The life of a seminarian, whether undergraduate or graduate, is highly focused and at times intense, but Niko has managed to pack an amazing number of other activities, both academic and extracurricular, into his seven years on the Holy Hill. He has, for example, participated in mission trips to Albania, Indonesia, and Kenya. “Before coming here,” he says, “I had no conception of missionary work, but it became a hugely important thing to me.” He is also earning a Certificate in Byzantine Music while working toward his MDiv and elected to write a master’s thesis, which few seminarians do, on sacred architecture. And he still finds frequent opportunities to make music, to the delight of all on campus who attend the lively jam sessions on campus in which Niko is always a featured performer.

As he prepares to graduate from Holy Cross next month and begin working for the Orthodox Christian Mission Center in St. Augustine, Florida, Niko is grateful for “the relationships I’ve formed here. A couple of people have become like brothers to me.”

Asked what he would say to someone thinking about coming to HCHC, he says, “There is something here for almost everyone, but you have to experience it to know if it’s right for you. The Semester of Faith is a great way to do that.”