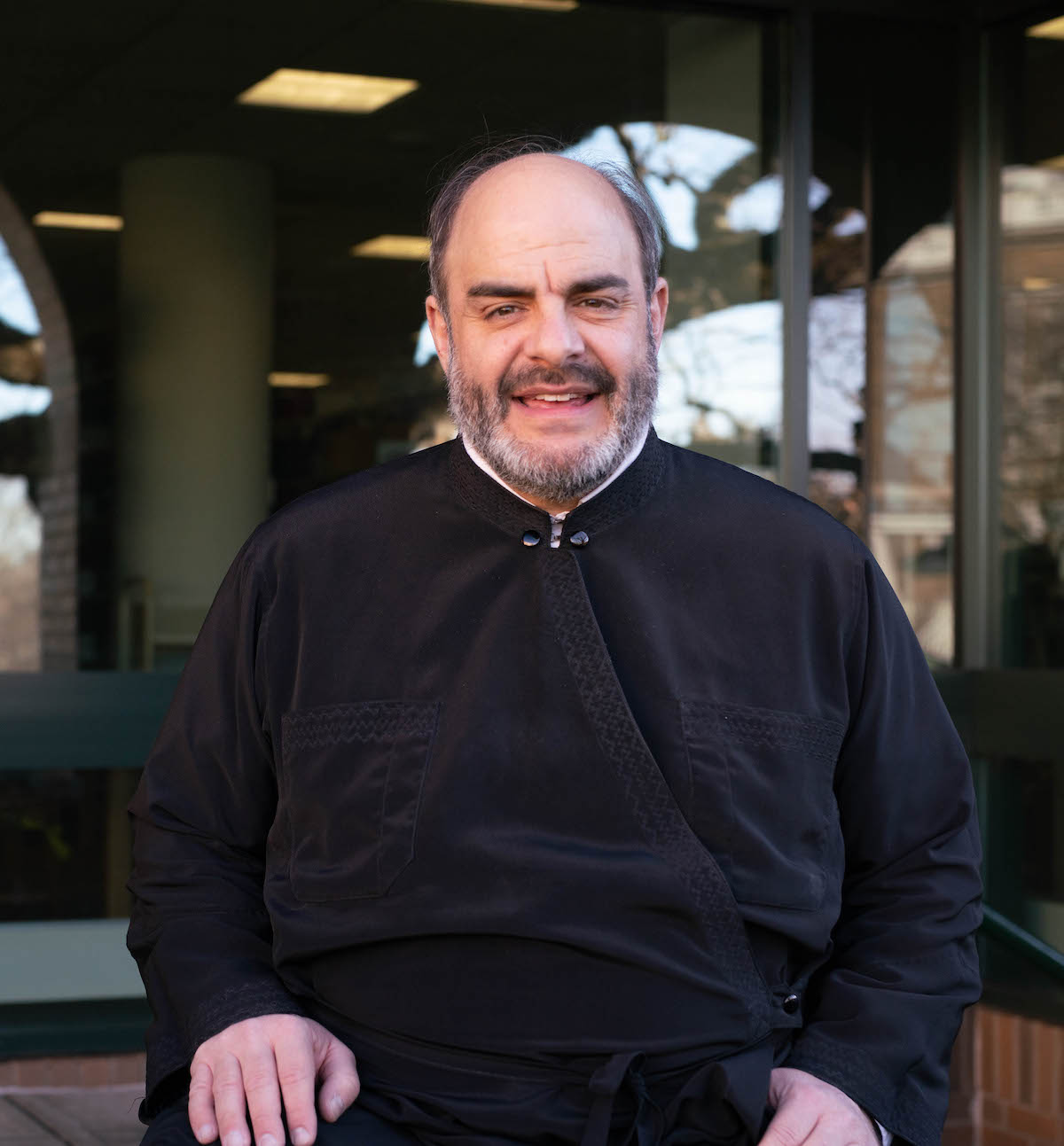 Fr. George Parsenios is the Dean of the Holy Cross Greek Orthodox School of Theology, where he is also Professor of New Testament. Before working at Holy Cross, he taught for almost two decades at Princeton Theological Seminary as Professor of New Testament. He also taught for many years as an adjunct Professor at St. Vladimir’s Orthodox Theological Seminary and at the St. Athanasius Theological College in the University of Melbourne (Australia).

His teaching and research explore the interaction of early Christianity with classical literature, as well as the interpretation of the New Testament in the early church. He is the author of three books and several articles on New Testament themes, with a specialization in the Gospel and Letters of John.

Prior to coming to Holy Cross, Fr. George served in a part time capacity as the pastor of the St. Demetrios Greek Orthodox Church in Perth Amboy, New Jersey. He and his wife, Presbytera Maureen (also a Holy Cross graduate), have three children.