A Historic Day On the Holy Hill: HCHC Hosts More Than A Thousand Clergy-Laity Delegates 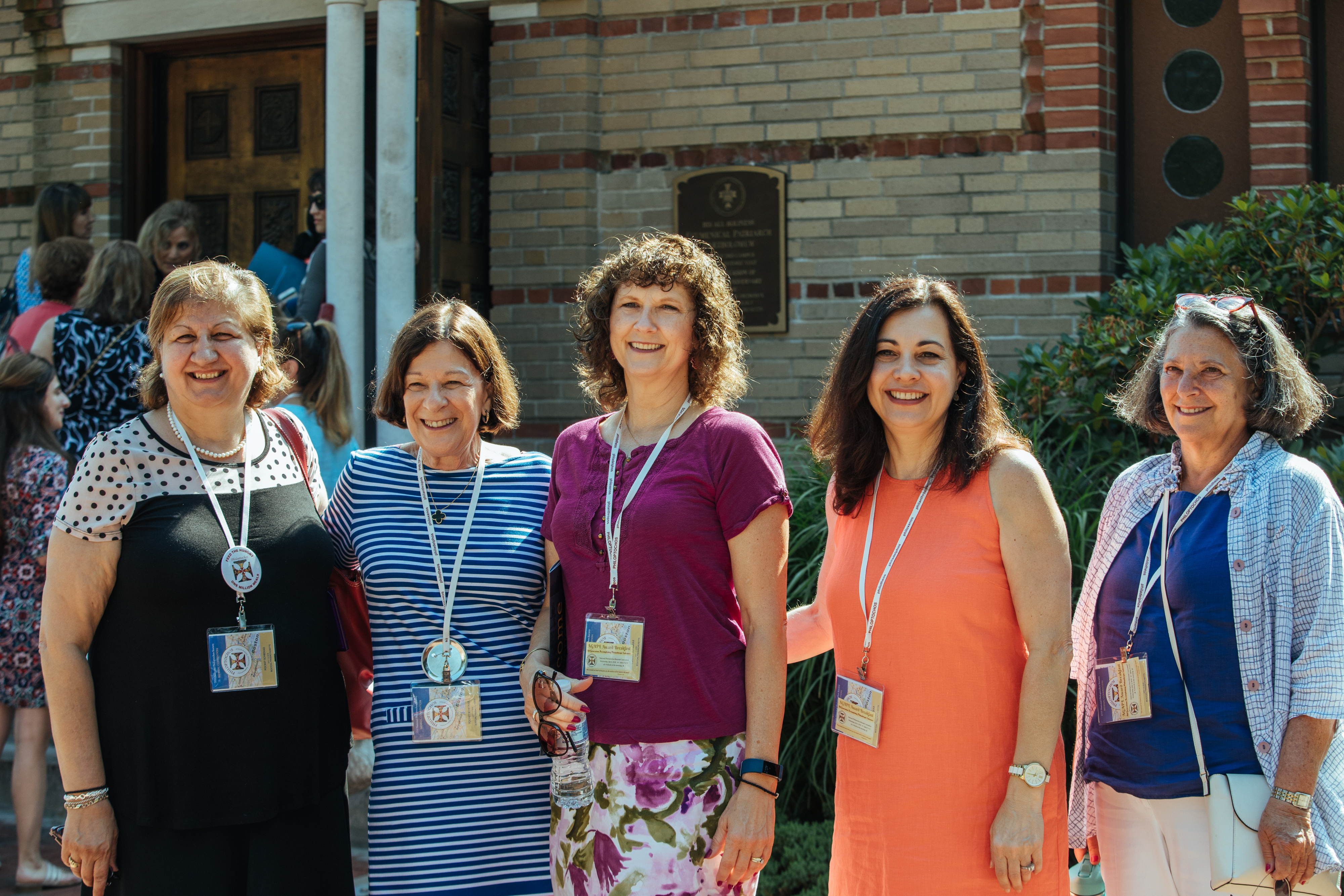 Hellenic College Holy Cross Greek Orthodox School of Theology hosted a special day for delegates to the 44th Clergy-Laity Congress on July 3, 2018. More than a thousand delegates, some with their families, traveled from Congress headquarters at the Boston Marriott Copley Place Hotel to the school’s 52-acre campus overlooking the Boston skyline.

The highly successful event was historic on two levels, both because it was the first time ever that the school had welcomed such a large gathering and also because HCHC traces its origins to the Clergy-Laity Congress of 1935, which was also held in Boston. It was there that His Eminence Archbishop (later Patriarch) Athenagoras presented the then-radical idea of establishing a Greek Orthodox theological school in America. That the school not only came into being but has flourished for more than eighty years against all odds demonstrates the eternal truth of this Congress’s theme: “All thing are possible to the one who believes in Christ.”

Despite the unprecedented logistical challenge of providing a stimulating and rewarding experience for so many visitors on a single day, HCHC’s administration, staff, faculty, and students worked together for months prior to July 3 to ensure that everything would go smoothly and every guest would return home with a new appreciation for this unique institution.

The visiting delegates were divided into five groups, with morning programs exclusively for members of the Greek Orthodox Ladies Philoptochos Society. Both clergy and lay delegates attended the afternoon programs, which included a breakout session for hierarchs and clergy.

HCHC’s President, Rev. Fr. Christopher Metropulos, was introduced by Board of Trustees member and alumna of the school Theodora Vaporis, Esq. In his welcome to the delegates, Fr. Metropulos shared plans for the school’s robust future and presented a short, inspiring video. When he asked how many of those present were visiting HCHC for the first time, hundreds of hands went up. Surveying the huge crowd, Fr. Metropulos said, “It is time for Hellenic College Holy Cross to become a household word” and “As the school goes, so goes the Church in America”–statements that were greeted with thunderous applause.

Delegates attended a variety of programs designed to give them a broader understanding of HCHC. “Envisioning Our Future” afforded them the opportunity to hear a panel of clergy alumni and current faculty members describe how the school forms students holistically for lives of service to the Church and the world. Attendees also asked questions of the panelists and shared their own hopes for the future of the school and Orthodoxy in America. “A Call for Support” featured current students, recent alums, officers of the Alumni Association Board, and faithful donors sharing testimonies about the many ways in which financial support for the school furthers the education and spiritual formation of Orthodox Christian leaders. “Bringing Theology to Life” brought together two of  HCHC’s most distinguished scholars in Holy Cross Chapel to offer their thoughts on the importance of theological education and the need to sustain and develop it for future generations. V. Rev. Archimandrite Maximos Constas, Senior Research Scholar at Holy Cross, made the point that “…our students are your children. They are here for you, to prepare themselves to serve you…We need an educated clergy and an educated laity.” Dr. Lewis Patsavos, Professor of Canon Law Emeritus, who taught at Holy Cross for forty years, also stressed that “…this school is ours–yours and mine.”

Those present for one of the afternoon sessions in the Chapel had the additional blessing of being addressed by His Eminence Archbishop Demetrios, Geron of America, who spoke eloquently about the school’s unique contribution to Orthodoxy in America. His Eminence also led prayers at the graves of the three beloved Hierarchs of blessed memory who are buried behind the Chapel: His Eminence Archbishop Iakovos, His Excellency Metropolitan Silas, and His Grace Bishop Gerasimos.

At an afternoon session exclusively for Hierarchs and clergy of the Greek Orthodox Archdiocese, many thought-provoking ideas about the future of theological education at HCHC were presented and discussed. The school’s administration and faculty will take the valuable input from that session into consideration as they develop a new vision for the future.

Reflecting on the historic gathering, Fr. Metropulos said, “It was a pleasure for all of us–the trustees, administration, faculty, staff, and students–to welcome our beloved Hierarchs and over a thousand clergy and lay Congress delegates to campus, the vast majority of whom were visiting for the first time. We hope this is the beginning of a stronger relationship with the faithful of the GOA as we seek to grow our only institution of higher learning.”