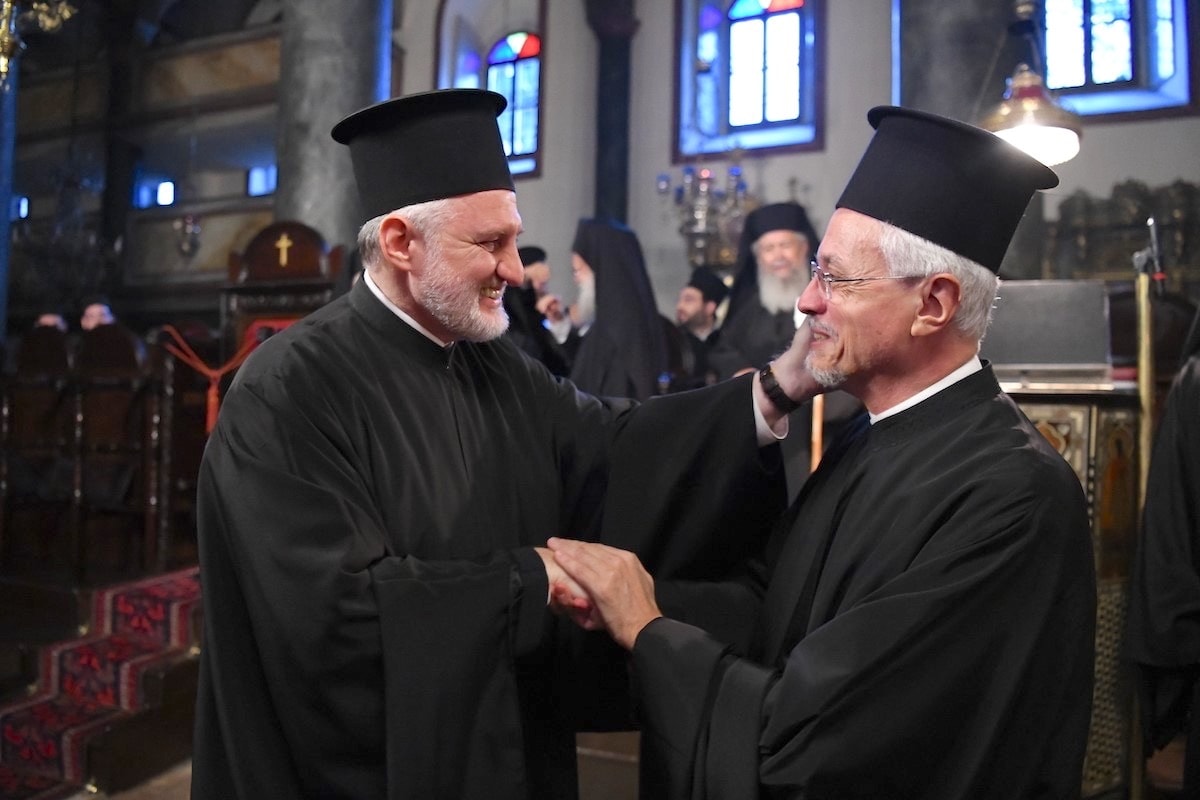 The entire Hellenic College Holy Cross community has greeted with joy the announcement that the V. Rev. Joachim Cotsonis, PhD (Holy Cross 1979), Director of HCHC’s Archbishop Iakovos Library and Learning Center, will soon become Bishop of Amissos. The official announcement, issued on November 27 by the Ecumenical Patriarchate, stated that His All-Holiness Ecumenical Patriarch Bartholomew, together with the Holy and Sacred Synod, welcomed the proposal of the Holy Eparchial Synod of our Archdiocese for the election of an Auxiliary Bishop to His Eminence Archbishop Elpidophoros of America. Bishop-elect Joachim will serve in that capacity while retaining his position at HCHC. His ordination to the episcopacy will take place on December 22 at St. Sophia Greek Orthodox Cathedral in Washington, DC, the parish in which he grew up and where he was ordained to the diaconate.

A distinguished and globally recognized Byzantinist, Bishop-elect Joachim is best known for his expertise in the areas of liturgical arts, manuscript illumination, the religious iconography of lead seals, and Christian iconography. He is one of only two leading scholars in North America focusing on the religious imagery of Byzantine lead seals, which are highly valuable for the study of both Orthodox piety and the political use of religious art. He is a frequent contributor to academic journals and his book Byzantine Figural Processional Crosses is regarded as the standard work on the subject.

Before coming to Holy Cross, Fr. Joachim was an Assistant Bibliographer and Museum Exhibition Associate at Dumbarton Oaks Library, Harvard Center for Byzantine Studies. Over the years, he has served on the Governing Board, Program Committee, and the Local Arrangements Committee of the Annual Byzantine Studies Conference and was a Voted Member of the U.S. National Committee for Byzantine Studies. In April 2007 he received the Alumni Award from the Department of Art History of The Pennsylvania State University. Fr. Joachim also participated as an iconographic consultant in the 2nd and 3rd International Sigillographic Workshops for the Digital Cataloguing of Byzantine Lead Seals (SigiDoc Workshop) held at Dumbarton Oaks in December 2010 and July 2011, respectively. More recently, in July 2015 and July 2016, he was invited to spend time at Dumbarton Oaks as a research consultant in order to focus on the group of their “iconographic” seals for the ongoing project of the online Dumbarton Oaks Byzantine Lead Seals database.