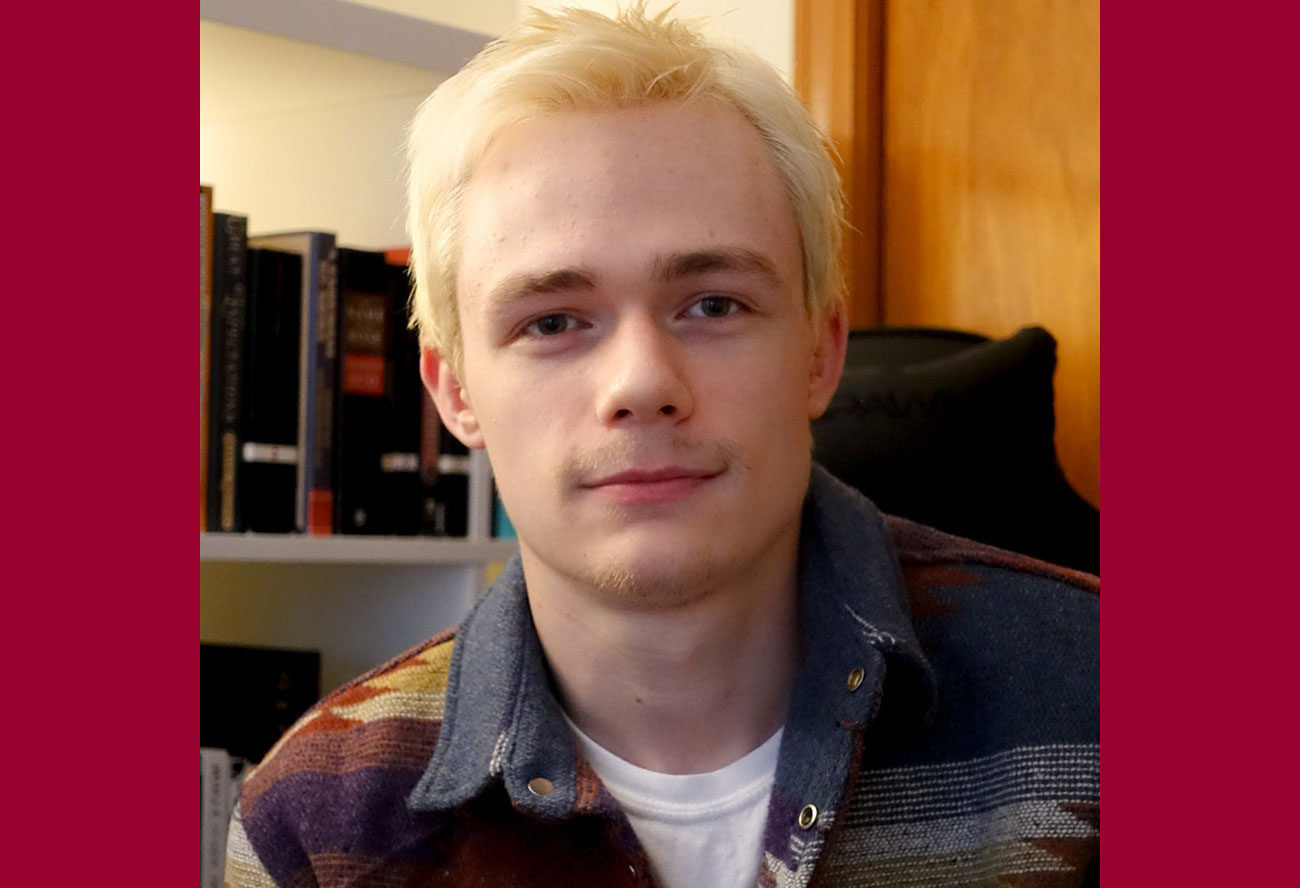 Christopher Russell has been named the winner of the Fourth Annual Hellenic College Humanities Paper Prize awarded by the Literature and History Program. Christopher’s winning paper, entitled “America’s Response to the Greek Revolution: The Rhetoric of American Philhellenism, 1821-1828,” and written in Professor Nicholas Ganson’s Greek Revolution Directed Study course this past spring, was selected from a pool of outstanding papers nominated by professors from courses taught during the 2020-21 academic year.

Christopher’s paper engages the methodologies of political scientists Walter Lippman, Edward Herman, and Noam Chomsky and draws on an impressive array of historical journals, articles, monographs, and primary sources as it explores the response of the American government, media, Philhellenic community, and general public to the Greek struggle for independence. Christopher argues that a “dominant frame” developed, based on the notion that Greeks deserved sympathy because of their ancient ancestry, Christian heritage, and values deemed akin to those of the American Revolution. A body of experts and public intellectuals, like Harvard professor Edward Everett, articulated this view and it was popularized by the appeals of writers and orators, including Congressman Daniel Webster. This dominant frame came under challenge and was revised by American eyewitnesses and participants in the Greek struggle, like Samuel G. Howe and Jonathan P. Miller, whose accounts were based more on on-the-ground realities than stereotypes or preconceived ideas. The efforts of the latter led to a reeducation and galvanization of a small but active segment of American society devoted to the Greek cause that provided substantial support and relief to the Greek people.

Christopher, a junior from Cleveland, Ohio, plans to pursue a graduate degree after completing his BA in Literature and History at Hellenic College.