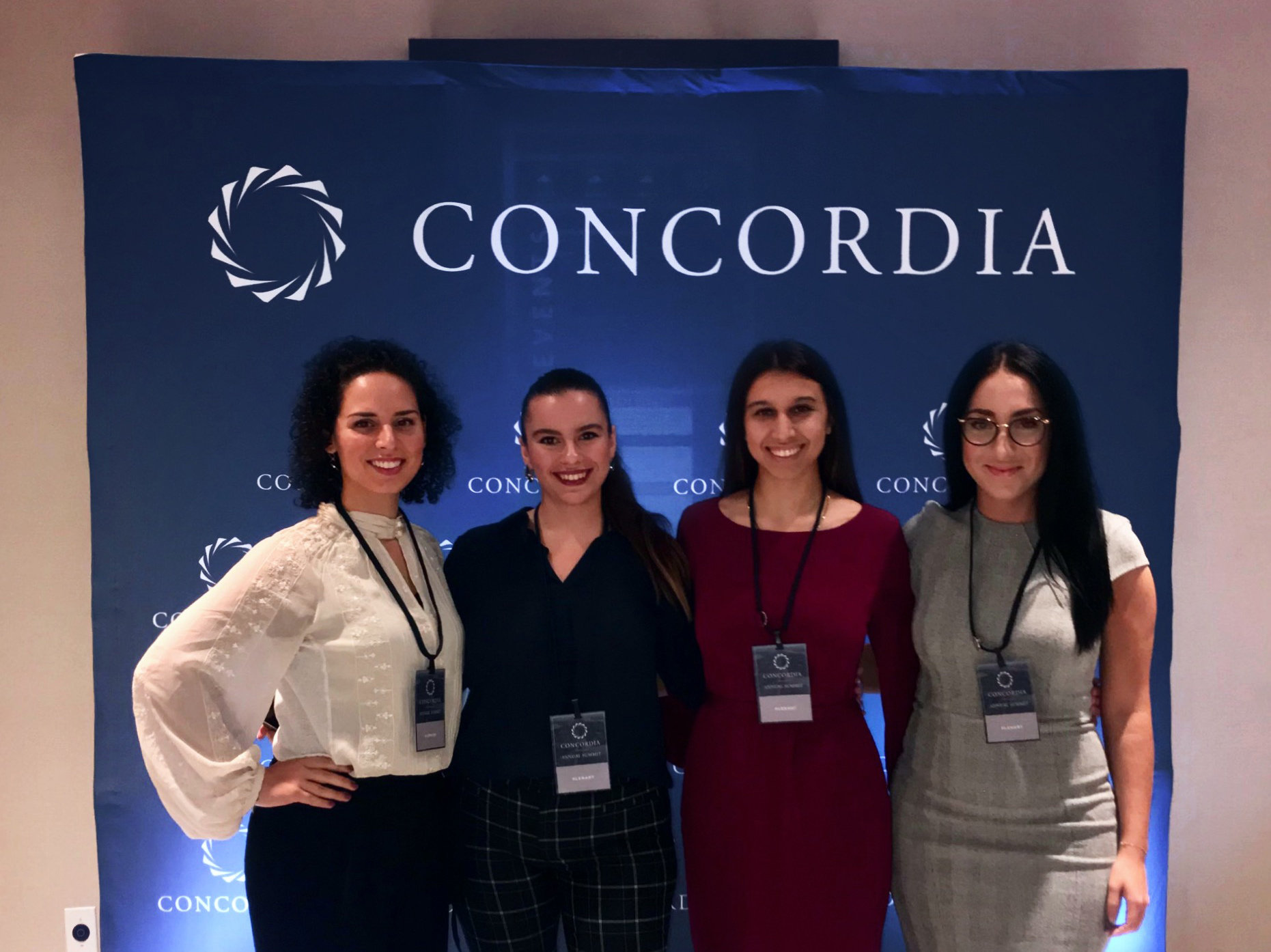 Concordia is a highly influential nonprofit, nonpartisan organization that seeks to build effective partnerships between governments, NGOs, and the private sector. Its co-founder and chairman, Nicholas Logothetis, spoke at HCHC last year and his brother George received an honorary doctorate at Commencement a few months later. They subsequently invited Fr. Christopher to bring some of our students to the Annual Summit, at which the world’s most prominent leaders in all spheres examine pressing global challenges and identify avenues for collaboration. This year’s Summit, which coincided with the United Nations General Assembly, covered a host of issues, from the refugee crisis to the future of the workforce.

“The students and I are so grateful to Nicholas and George Logothetis for the opportunity to participate in such an extraordinary event. This experience will undoubtedly have a lasting impact on them and their future service to the Church and society.”