Fr. Maximos Lectures on the Fathers in New York and Kansas 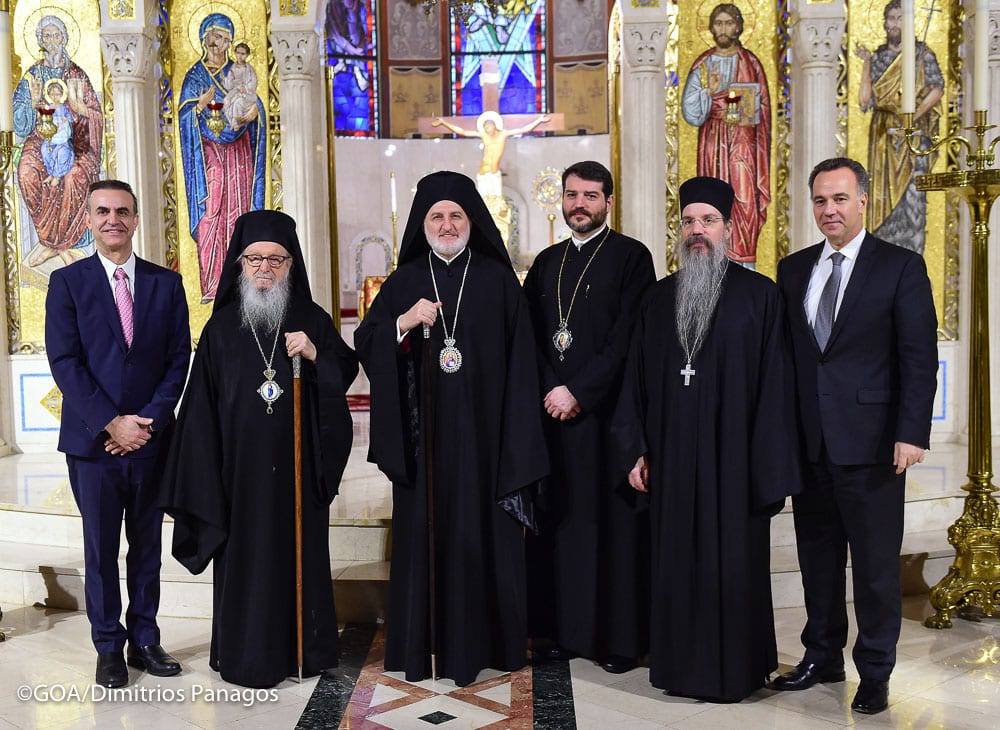 On January 30, the V. Rev. Dr. Maximos Constas, Interim Dean and Senior Research Scholar at Holy Cross Greek Orthodox School of Theology, was the keynote speaker at a celebration of the Feast of the Three Hierarchs and Greek Letters Day. The event was sponsored by the Greek Education Office of the Greek Orthodox Archdiocese at the Archdiocesan Cathedral of the Holy Trinity in New York City. Fr. Maximos chose as his topic “Sing to the Lord a New Song: The Three Hierarchs and the Theology of Music.” He spoke before a large and appreciative audience that included His Eminence Archbishop Elpidophoros of America, His Eminence former Archbishop Demetrios, and the Consuls General of Greece and Cyprus.

The following week, from February 4-7, Fr Maximos gave a series of seven talks at the annual clergy retreat sponsored by the Antiochian Orthodox Christian Diocese of Wichita and Mid-America, under His Grace Bishop Basil Essey. Nearly eighty priests were present to listen to the series of talks on St Basil of Caesarea. The talks covered the saint’s life, works, and theology. As Fr. Maximos said in his concluding summary, “…with the Fathers of the Church, it is not just their teachings that are important and instructive, but their lives are also instructive…St. Basil was and is the paradigm for priests and bishops…In St. Basil we can see the ideal of the priesthood concretely realized; in him we can contemplate the ideal in an actual, human life.”