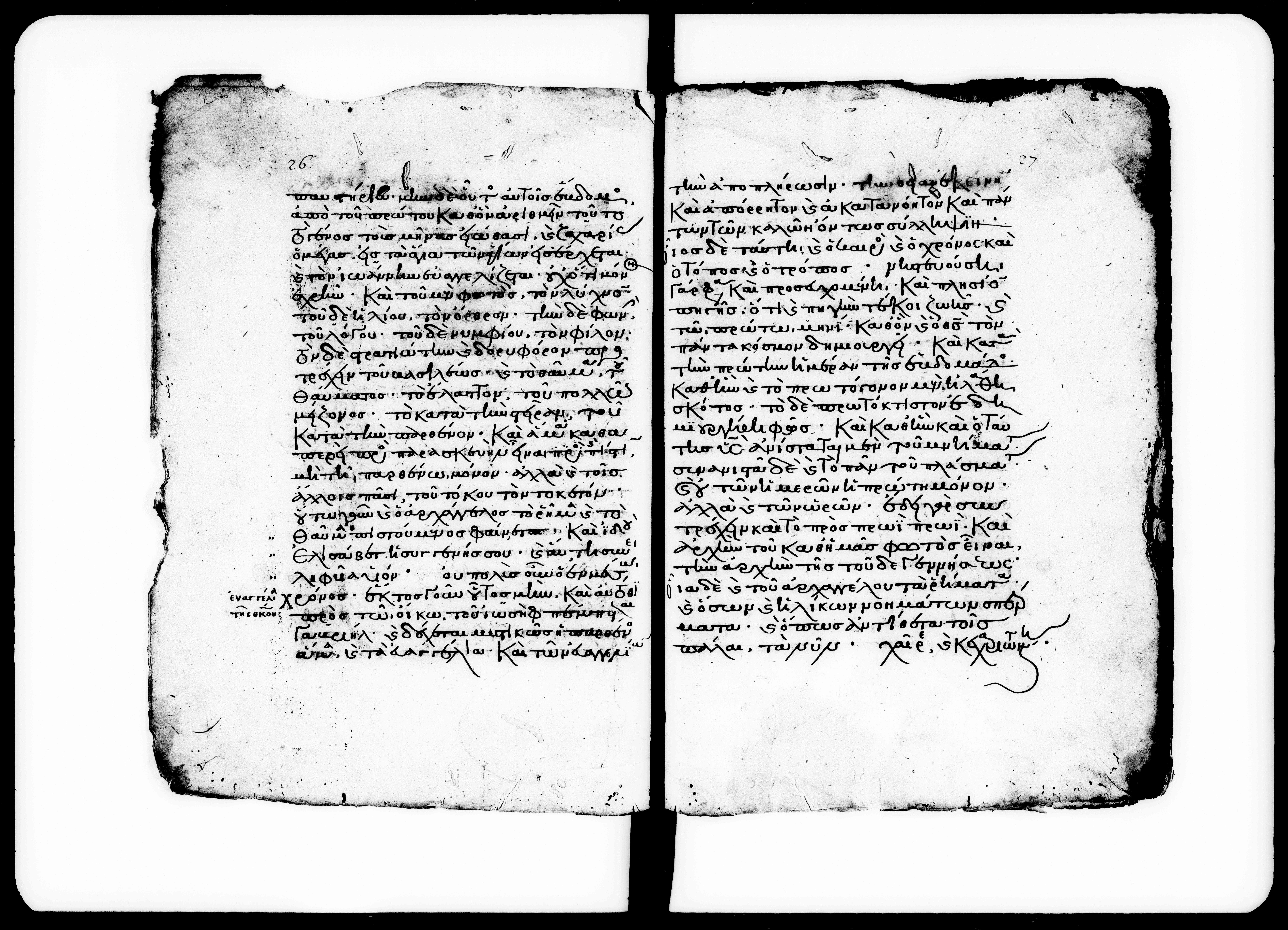 On April 7, 2020, the V. Rev. Dr.  Maximos Constas, Interim Dean of Holy Cross Greek Orthodox School of Theology, spoke at an online faculty seminar hosted by St Vladimir’s Orthodox Theological Seminary. The title of his presentation was “John Geometres’ Life of the Virgin and the Georgian Life of the Virgin attributed to Maximus the Confessor.”

Fr Maximos’ presentation was based on his current research project, which is a critical edition and English translation of an unpublished, tenth-century Life of the Virgin written by John Geometres (ca. 935-1000 AD), who was the leading literary figure of his era. Collaborating on this project with Fr Maximos is Professor Christos Simelidis of the University of Thessaloniki. The edition and translation will be published in Harvard University’s Dumbarton Oaks Medieval Library series.

The Life of the Virgin is the most comprehensive account of the life of the Mother of God produced within the Byzantine tradition. It begins by recounting the Virgin’s family ancestry concluding with an account of her Dormition, along with the story of the transfer of her garments to Constantinople. The Life is remarkable for the emphasis it places on the Mother of God’s direction of Christ’s female disciples, her active participation in the Passion and Resurrection, and her leadership of the nascent Church. It is a lengthy work, of some 50,000 words, and presents the first and most important synthesis of Orthodox theology concerning the Mother of God, written by a writer who was both a profound theologian and a literary artist.

Not long after Geometres completed his work, it was translated into Georgian by Euthymius the Translator, who founded a school of translation (of Greek works into Georgian) at the monastery of Iviron on Mt Athos. Due to what appears to be a scribal error, the Georgian version of the Life of the Virgin was mistakenly attributed to the seventh-century writer St Maximus the Confessor. The Georgian version was published in 1986, and an English translation in 2012, both publications mistakenly presenting the Life as the work of St Maximus the Confessor.

As Fr Maximos and Professor Simelidis have demonstrated, the Georgian Life is not a translation of a supposedly lost Greek work by Maximus the Confessor, but is in fact a translation the Greek text of the Life of the Virgin by John Geometres.