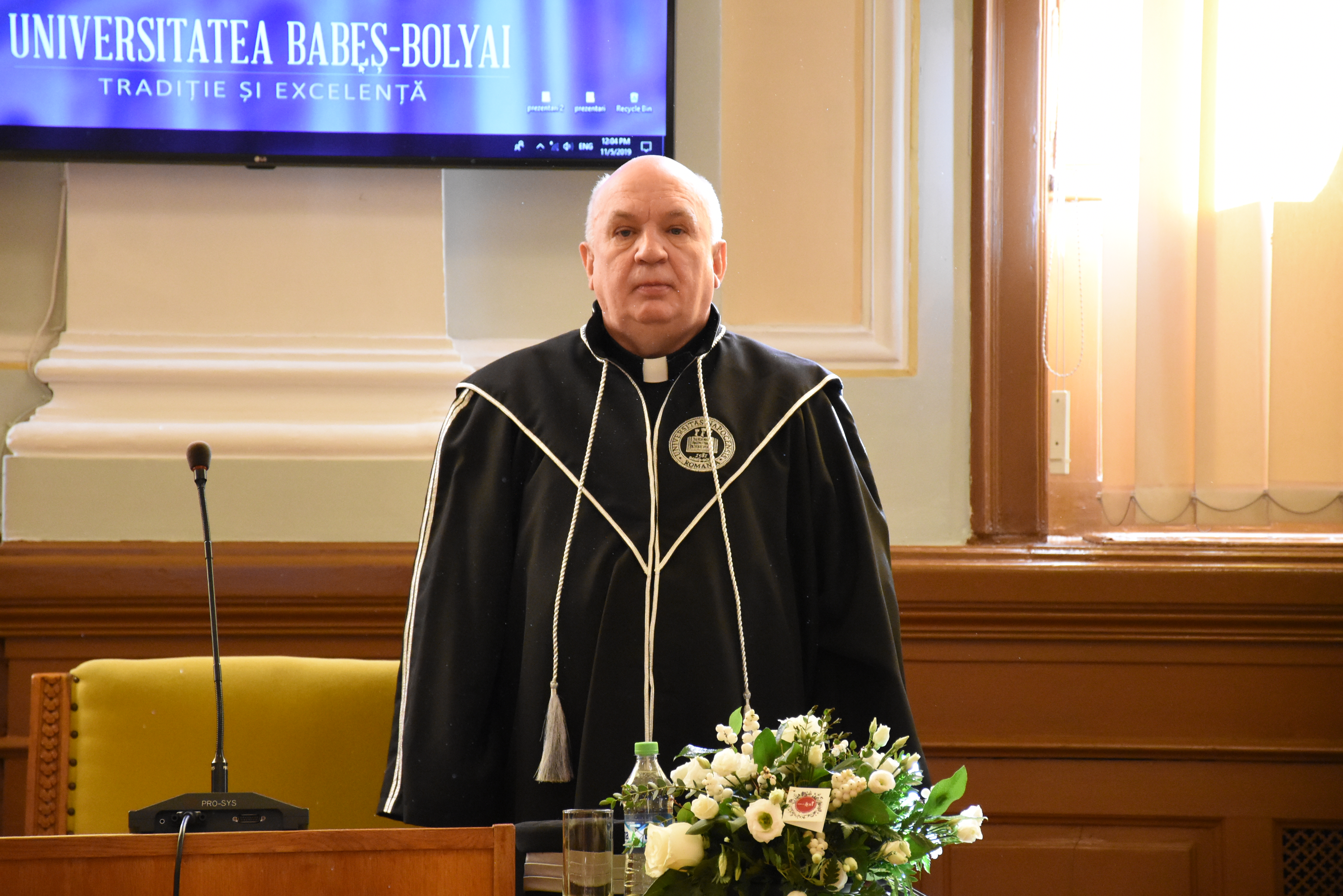 The honor was proposed by the faculty of the Cluj Orthodox School of Theology for Fr. Pentiuc’s significant contributions in the area of biblical studies and Semitic philology, as well as for his many endeavors to promote Orthodox theology in the Western Hemisphere. 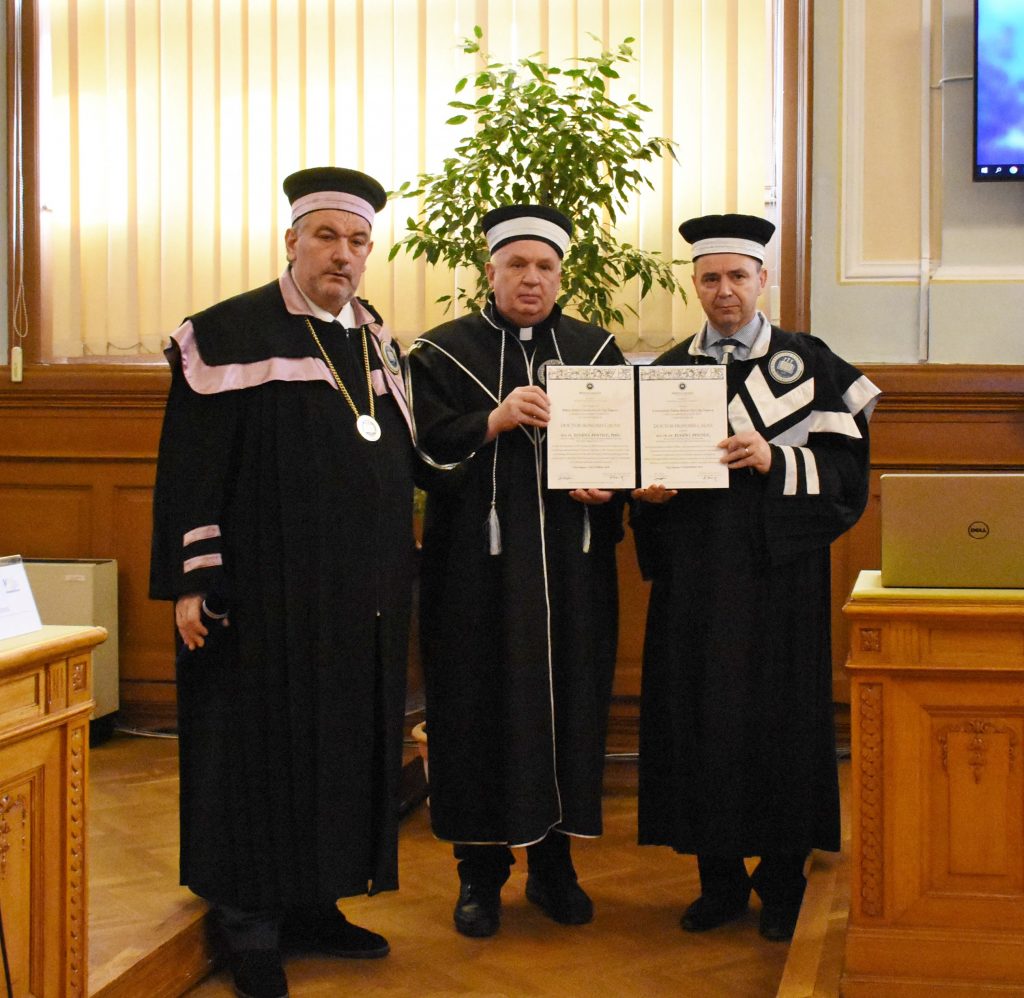 The conferral ceremony took place on November 5, 2019, in the Aula Magna (great hall) of the university, the largest in Romania with some 45,000 students. Among those present were His Eminence Metropolitan Andrei of Cluj, Maramures, and Salaj; Dr. Ioan Bolovan, Prorector; Rev. Dr. Ioan Chirila, President of the Senate; deans of various schools, professors, students, and participants from several European countries at the international symposium “The Romanian Village and Ethos, between Tradition and Contemporaneity: Reading the Scriptures and the Challenges in Proclaiming the Orthodox Faith.” A hundred-voice choir of students from the university’s four theological schools (Orthodox, Roman Catholic, Reformed, and Greek Catholic) performed during the ceremony.

The laudatio (citation) was delivered by Rev. Dr. Cristian Sonea, the Academic Dean of the Cluj Orthodox School of Theology, who said: “As part of the festivities occasioned by our university centenary, we Romanian Orthodox theologians add our own joy by proposing for the highest title of Doctor Honoris Causa our illustrious colleague, the renowned biblical scholar Eugen J. Pentiuc, as a strong Orthodox academic presence in the West. Today, we honor our ambassador, conveying to him our praise through this honorary title.” 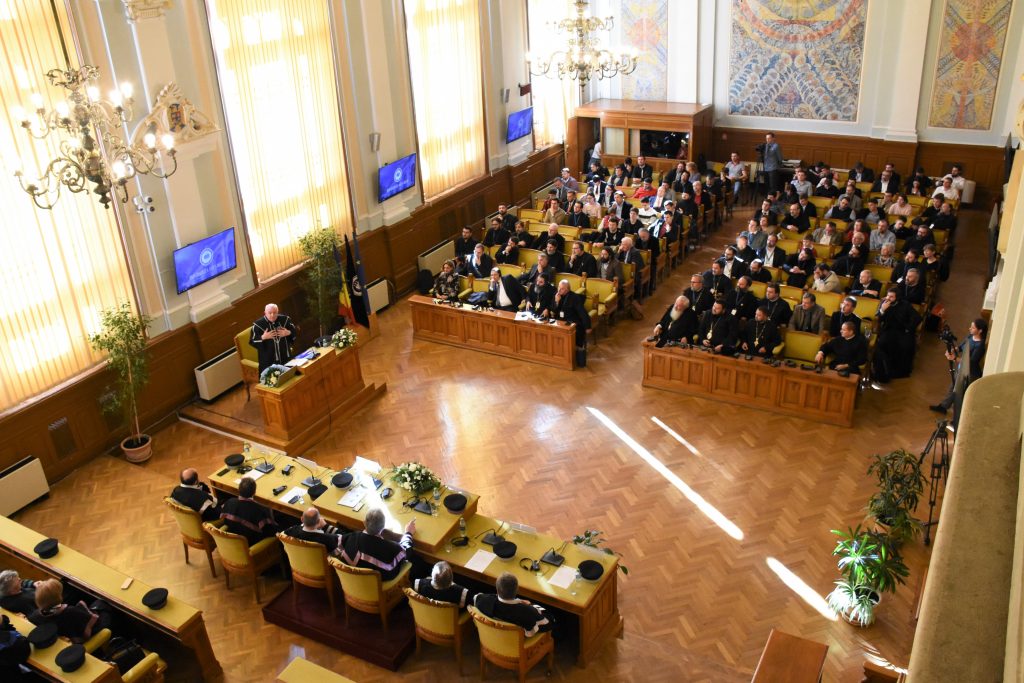 Following the reading of the proclamation in Latin and laudatio, Fr. Pentiuc delivered his acceptance lecture entitled Can Iron Age Texts Be Still Read in a Digital Era? The Hebrew Bible and the Power of Metaphor (click here to read the full text).

In 2017 Fr. Pentiuc received the Order of Saint John Chrysostom, the highest academic distinction, from His Beatitude Daniel, Patriarch of Romania. Two of Fr. Pentiuc’s books (Jesus the Messiah in the Hebrew Bible and The Old Testament in Eastern Orthodox Tradition) have been published in translation by Romanian presses.

Fr. Pentiuc is currently working on two volumes under contract with Oxford University Press: Hearing and Seeing the Scriptures: Liturgical Exegesis of the Old Testament in Eastern Orthodox Tradition and The Oxford Handbook of the Bible in Orthodox Christianity.

HCHC’s Interim President, His Eminence Metropolitan Methodios of Boston, greeted the news of Fr. Pentiuc’s latest honor by congratulating him and thanking him for his “tremendous contribution to the intellectual life of our school and to Orthodox scholarship worldwide.” 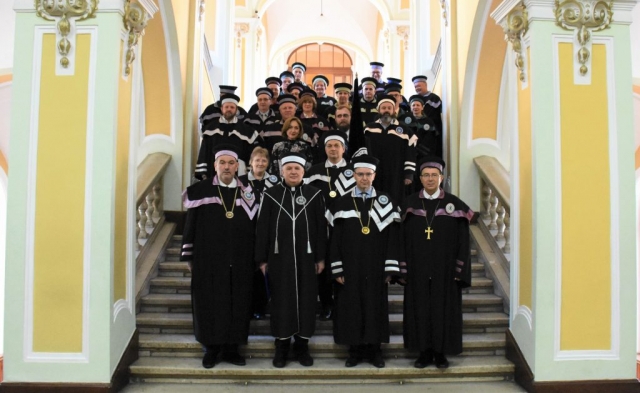 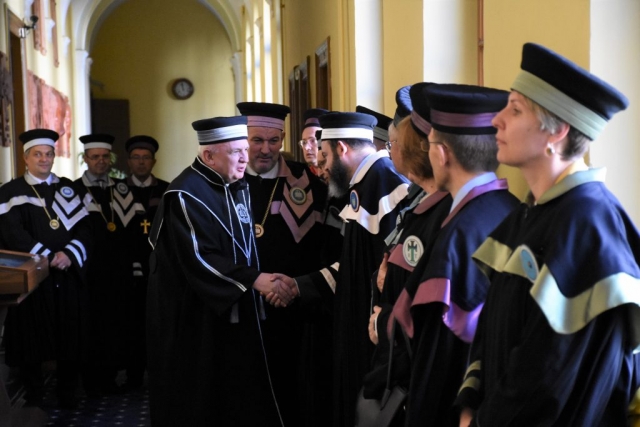 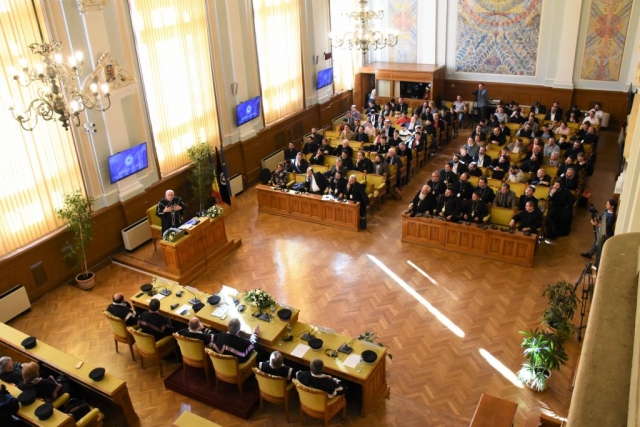 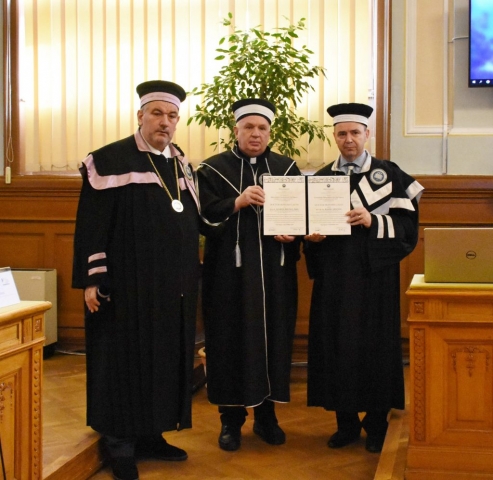