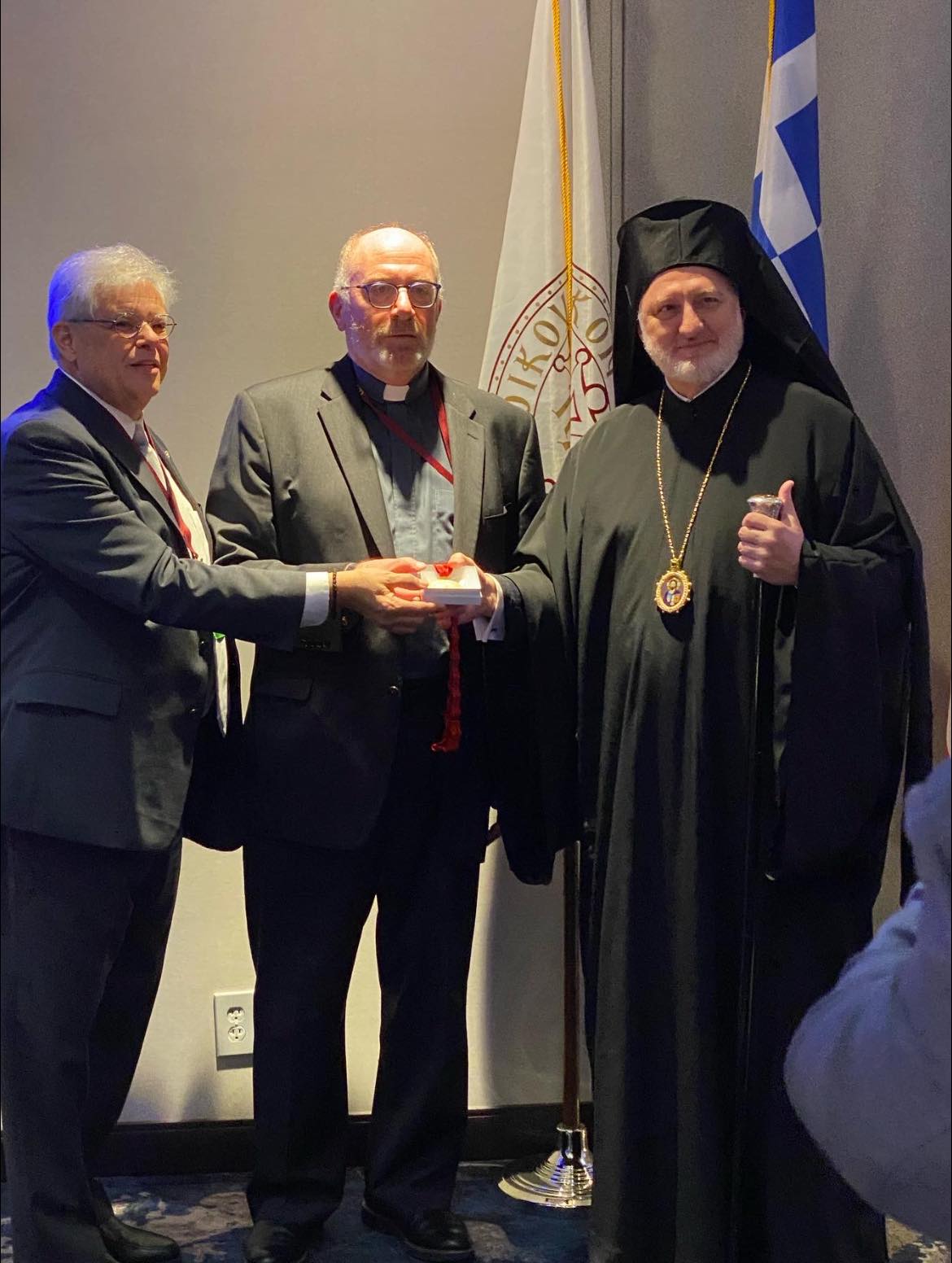 The Very Reverend Archimandrite Anton Vrame (MDiv 1989) received two major honors at the meeting of the National Forum of Church Musicians on July 5 during the Clergy-Laity Congress in New York City. First, the Forum presented Fr. Vrame with the prestigious Saint Romanos Medallion in recognition of his close collaboration with them over the fifteen years that he served as Director of the Archdiocesan Department of Religious Education. His Eminence Archbishop Elpidophoros, on behalf of His All-Holiness Ecumenical Patriarch Bartholomew, then surprised Fr. Vrame by bestowing upon him the offikion of Archimandrite of the Ecumenical Throne. This honor, given to very few clergy, makes Fr. Vrame one of the most senior priests in the Greek Orthodox Archdiocese.

Last September Fr. Vrame became Director of Holy Cross Orthodox Press, a position he had held in the past. In that short time, he has restored the Press to prominence as a globally acclaimed force in Orthodox publishing. As a scholar, he is active internationally, regularly participating in academic conferences and writing extensively. In addition to his degree from Holy Cross, Fr. Vrame holds degrees from DePaul University, the University of Chicago, and Boston College, from which he received a PhD in Religion and Education.