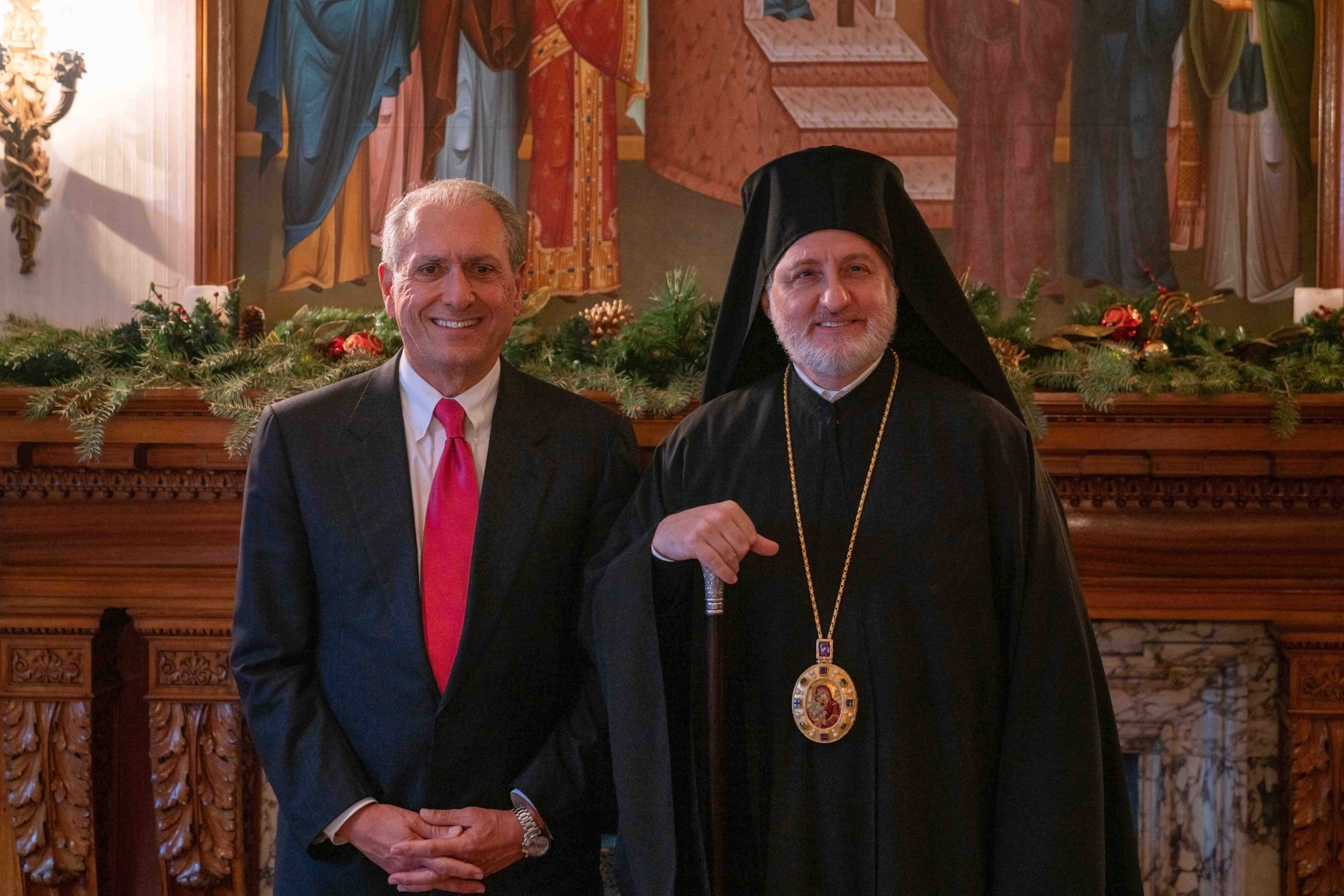 Upon the completion of a rigorous nationwide search process, the Board of Trustees of Hellenic College and Holy Cross Greek Orthodox School of Theology (HCHC) announces with great joy that today, December 10, 2019, following the recommendation of the Executive Committee of the Board of Trustees, voted to elect Mr. George M. Cantonis as the next President of the institution, replacing the Interim President, His Eminence Metropolitan Methodios of Boston.  Subsequent to the decision of the HCHC Board of Trustees, His Eminence Archbishop Elpidophoros immediately approved the election.

Mr. Cantonis becomes the 11th President of HCHC.  A native of Chicago, he currently resides in the Tampa, FL area.  He is the President and Director of The Cantonis Company, Inc., Executive VP and Director of Acme Sponge and Chamois, Inc., and President of MGC Hotel Group.  Mr. Cantonis has served the Church in many capacities over the years including various leadership positions on the local parish level as well as on the national level through the Archdiocesan Council, Leadership 100, and is an Archon of the Ecumenical Patriarchate (Archon Exarchos). In addition to his church involvement, he has volunteered his services to health care and performing arts centers.  Having served previously on the HCHC Board of Trustees, he rejoined the Board in September 2018, and since this past April has served as Vice-Chairman of the Board of Trustees.

The search process of determining the new President commenced this past August with the formation of a six-member Presidential Search Committee (PSC), in accordance with the by-laws of Hellenic College, Inc.  The PSC was chaired by Mr. Argyris Vassiliou, who also serves as Chairman of the Archbishop Iakovos Leadership 100 Fund. The PSC process yielded responses from 26 highly qualified candidates (including 4 women and 3 priests of the Greek Orthodox Archdiocese of America), which after due process was narrowed to 8 semi-finalists.  After a careful evaluation of the 8 semi-finalists, who were also interviewed by the members of the PSC, two worthy candidates were determined as finalists of the thorough search process.

The two finalists met with constituents of HCHC, including faculty members from both schools, the administration, and members of the Student Body of HCHC.  These constituents offered their recommendations to the Executive Committee of the Board of Trustees. Upon intense review and deliberation, the Executive Committee forwarded to the Board of Trustees for election by vote their nomination of Mr. George M. Cantonis for the position of President of HCHC.  To fill the position of Vice-Chairman of the HCHC Board of Trustees formerly held by Mr. Cantonis, His Eminence Archbishop Elpidophoros nominated Rev. Fr. Jon Magoulias from the Annunciation Greek Orthodox Church in Modesto, CA as the new Vice-Chairman of the Board, which the Board confirmed.

In announcing the election of Mr. Cantonis, His Eminence Archbishop Elpidophoros of America said, “Today, we have a renewed sense of direction in the person of George Cantonis as the new President of HCHC.  He has already demonstrated his administrative acumen in helping navigate the waters these past months as Vice-Chairman of the Board of Trustees. I am also grateful to His Eminence Metropolitan Methodios of Boston for shouldering the great weight and responsibility of Interim President since April of this year which he took on in addition to his already heavy schedule.  To Mr. Cantonis I extend my paternal blessings, and I entreat the faithful members of our Archdiocese to offer prayers and full support for the newly elected President. Our Scholi has a wonderful and historic legacy that under the presidency of Mr. Cantonis will reach new heights—academically, administratively, and spiritually—to the glory of God.”