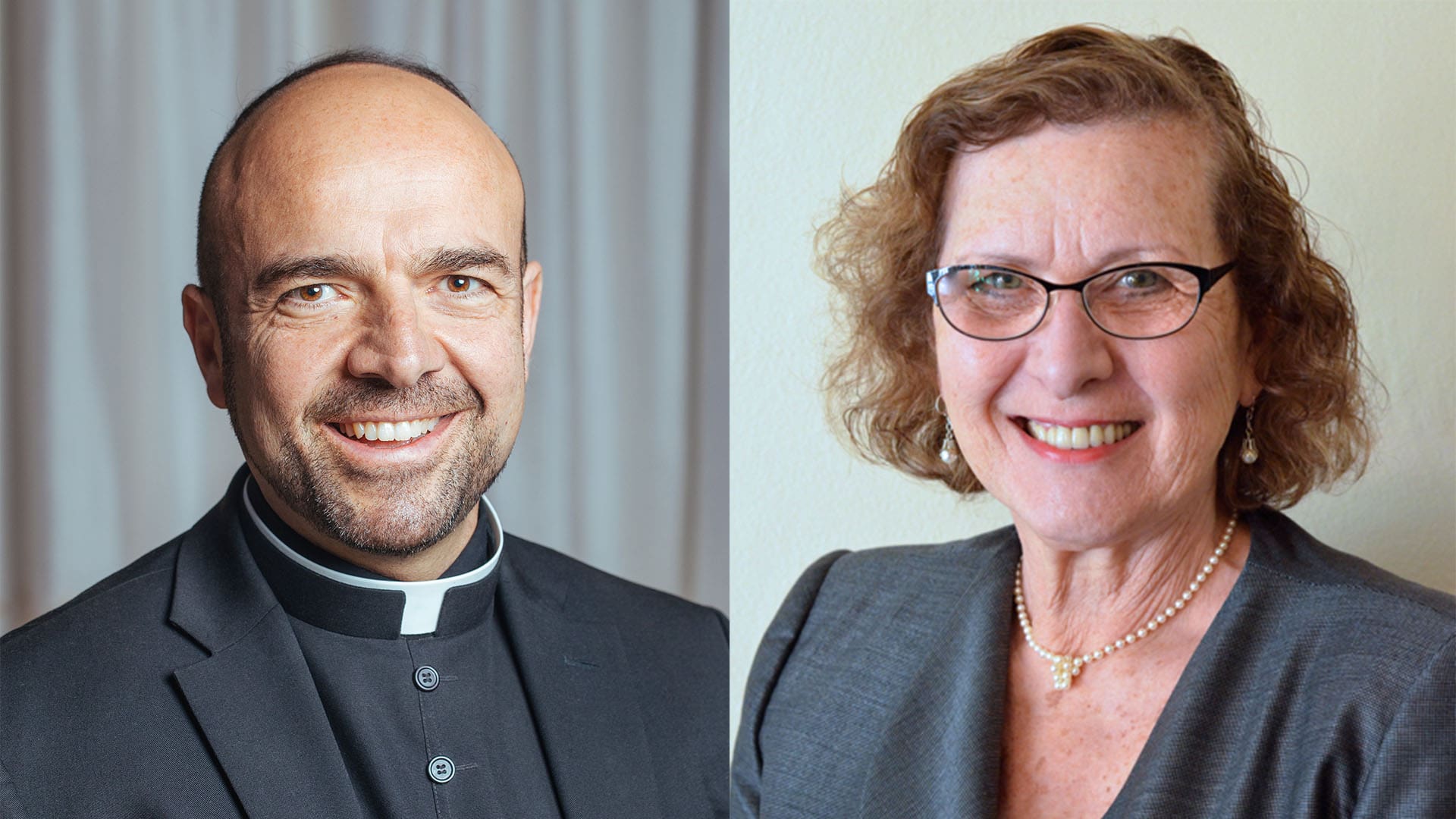 Hellenic College Holy Cross Greek Orthodox School of Theology has announced the appointment of Dr. Diana Demetrulias as HCHC’s Vice President for Academic Affairs and Rev. Dn. Gary Alexander as Vice President for Administrative Affairs. In announcing the appointments, HCHC President George M. Cantonis said, “The creation of these key positions is a major step forward in our ongoing process of restructuring. We are tremendously fortunate to have two such remarkable individuals on our management team.”

Dr. Demetrulias has extensive experience in higher education as an academic consultant, administrator, and scholar. She recently served as Provost at Notre Dame de Namur University, where she had responsibility for all university academic affairs. She also served as Vice Provost and Associate Vice President for Assessment and Quality Assurance at California State University, Stanislaus. She was instrumental in CSU’s re-accreditation process, the proposal for which was hailed as exemplary by the Western Association of Schools and Colleges and is used as a training model for other institutions seeking re-accreditation. While at CSU, Stanislaus, she was the founding Dean of the School of Education. She has conducted research related to all levels of education, has vast experience with funded grants, and is the author of some sixty publications. She holds a doctorate from Ball State University, Indiana, where she previously earned her master’s degree. She earned her bachelor’s degree in English at Southern Illinois University, Carbondale.

Dr. Demetrulias will be responsible for managing academic affairs, policies, and programs and working with the deans and faculty to enhance HCHC’s academic programs both in quality and scope. In a letter to the HCHC community, President Cantonis said, “She will bring tremendous energy, professionalism, and the highest intellectual standards to HCHC, along with a deep respect for our unique mission and a keen sense of our strategic academic needs.”

Dn. Gary Alexander most recently served as HCHC’s Chief Operating Officer and Director of Strategic Initiatives. He holds a Juris Doctor degree from Suffolk University School of Law, a Master of Divinity degree from Holy Cross Greek Orthodox School of Theology and a Bachelor of Arts degree from Northeastern University. He is currently completing a doctorate in education (EdD) at Northeastern University, with a focus on Higher Education Administration. He also oversees Hellenic College’s Business Management major and lectures extensively on leadership and change management.

Dn. Gary previously served as Commissioner of Health and Human Services in two states and has advised presidential campaigns, governors, members of Congress, and private businesses. His policy initiatives have been featured in The Wall Street Journal, Forbes and The New York Times. President Cantonis observed that “Dn. Gary has played a central role in guiding our School through the most challenging period in its history with unwavering dedication and versatility.”