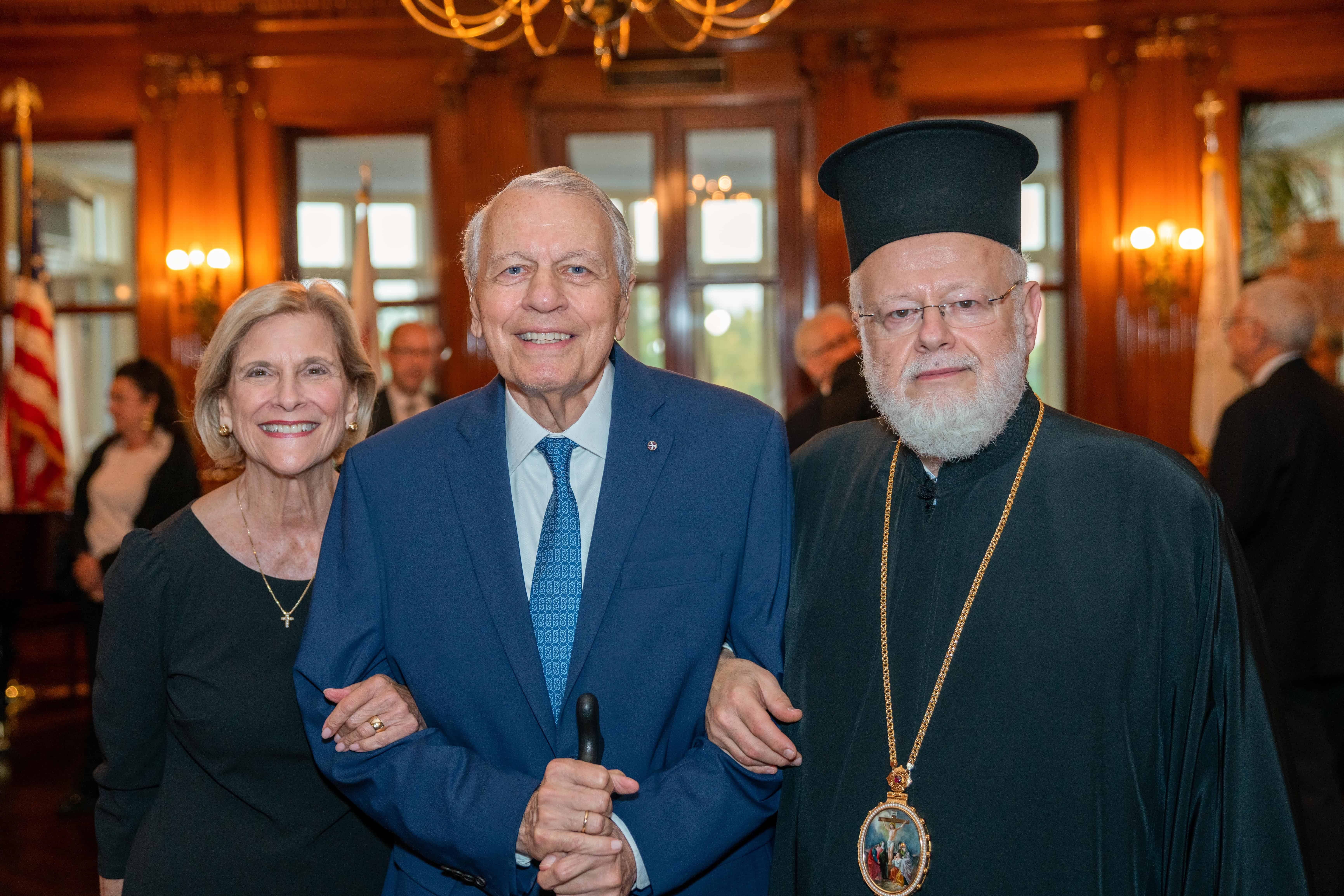 Dr. Thomas C. Lelon, HCHC President from 1976-1986 and longtime Vice Chair of the Board of Trustees, was honored at an elegant dinner in Dowd Hall on September 11. His Eminence Archbishop Elpidophoros of America, Chairman of the Board of Trustees, and His Eminence Metropolitan Methodios, Interim President, presided over the dinner, which was attended by members of the Lelon family and of the current Board.

In his remarks, Metropolitan Methodios said that, for more than half a century, Dr. Lelon’s life and that of the school “have been inextricably linked.” His Eminence expressed to the honoree “our profound gratitude for your unwavering dedication to the advancement of Hellenic College Holy Cross…You have never ceased to steadfastly manifest your faith in our school and its critically important role in the life and future of our Archdiocese.” His Eminence described Dr. Lelon as “a visionary man of faith” whose leadership of the school as the only lay President in its history and his subsequent decades of service on the Board prove him to be “the embodiment of the servant-leader, the kind of person whom we expect every one of our graduates to become in the name of the greatest servant-leader, Our Lord and Savior Jesus Christ.”

In response, Dr. Lelon thanked Archbishop Elpidophoros for his presence at the dinner and offered prayers that his “new ministry in America brings hope and bears fruit in the Holy Spirit.” He thanked Metropolitan Methodios for “your wise counsel, support, and your episcopal example.” He also thanked his fellow Trustees, singling out George Cantonis, his successor as Vice Chair, for special praise. Dr. Lelon expressed loving appreciation for his children and grandchildren, but especially for his wife, Alexis “my love of 66 years, who supported my passion and ministry.”