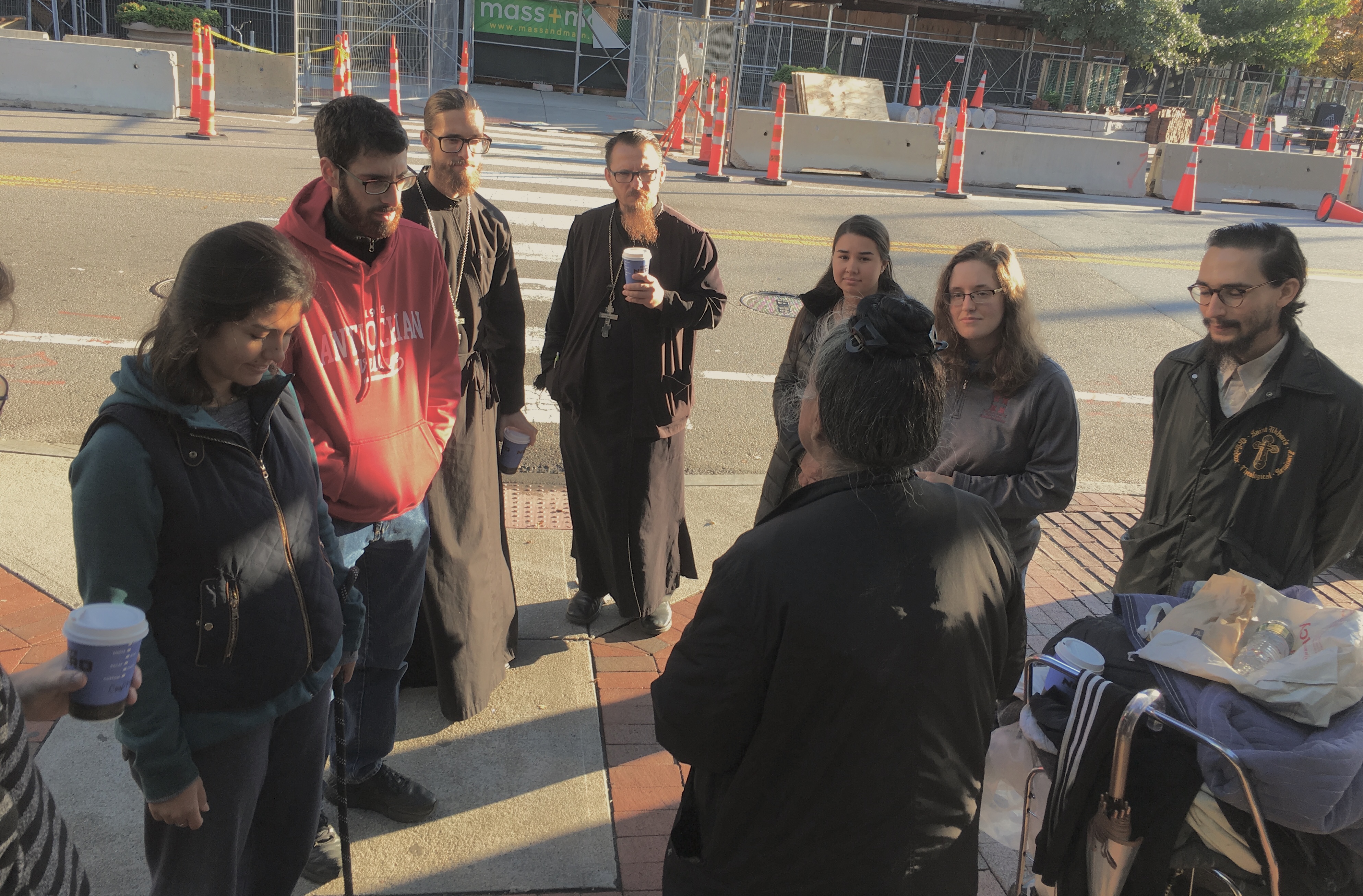 The HCHC chapter of the Orthodox Inter-Seminary Movement hosted the organization’s national retreat September 28-30. The retreat drew participants from St. Vladimir’s Orthodox Theological Seminary, Holy Trinity Orthodox Seminary, St. Tikhon’s Orthodox Theological Seminary, and Christ the Saviour Seminary, as well as Holy Cross. More than fifty people from many Orthodox jurisdictions attended a broad range of programs connected to the theme of the retreat: “Witnesses of the Gospel Today: Vocation and Martyrdom of Orthodox Christian Leaders in the World.”

The keynote address was delivered by V. Rev. Dr. Maximos Constas, Senior Research Scholar at Holy Cross and a graduate of both Hellenic College and Holy Cross. His topic was “Mary Greeted Elizabeth: Witnessing Christ in the World Today.” Dr. Timothy Patitsas, Assistant Professor of Christian Ethics at Holy Cross and an alumnus of the school, offered a lecture on “The Orthodox Christian leader and the Poor.” Another highlight of the retreat was the first public screening of a new documentary on Mother Maria of Paris titled “Love to the End.” It was created and directed by Anberin Pasha, a student at Holy Cross and seasoned filmmaker. Look for a feature story on Anberin in a future issue.

Reflecting on the weekend, Despina Wilson, a Master of Divinity student at Holy Cross and National Secretary of OISM, said, “I am so thankful for the opportunity that OISM and this retreat gave for not only seminarians but also graduate and undergraduate students to interact with others from different Orthodox backgrounds and grow together.”