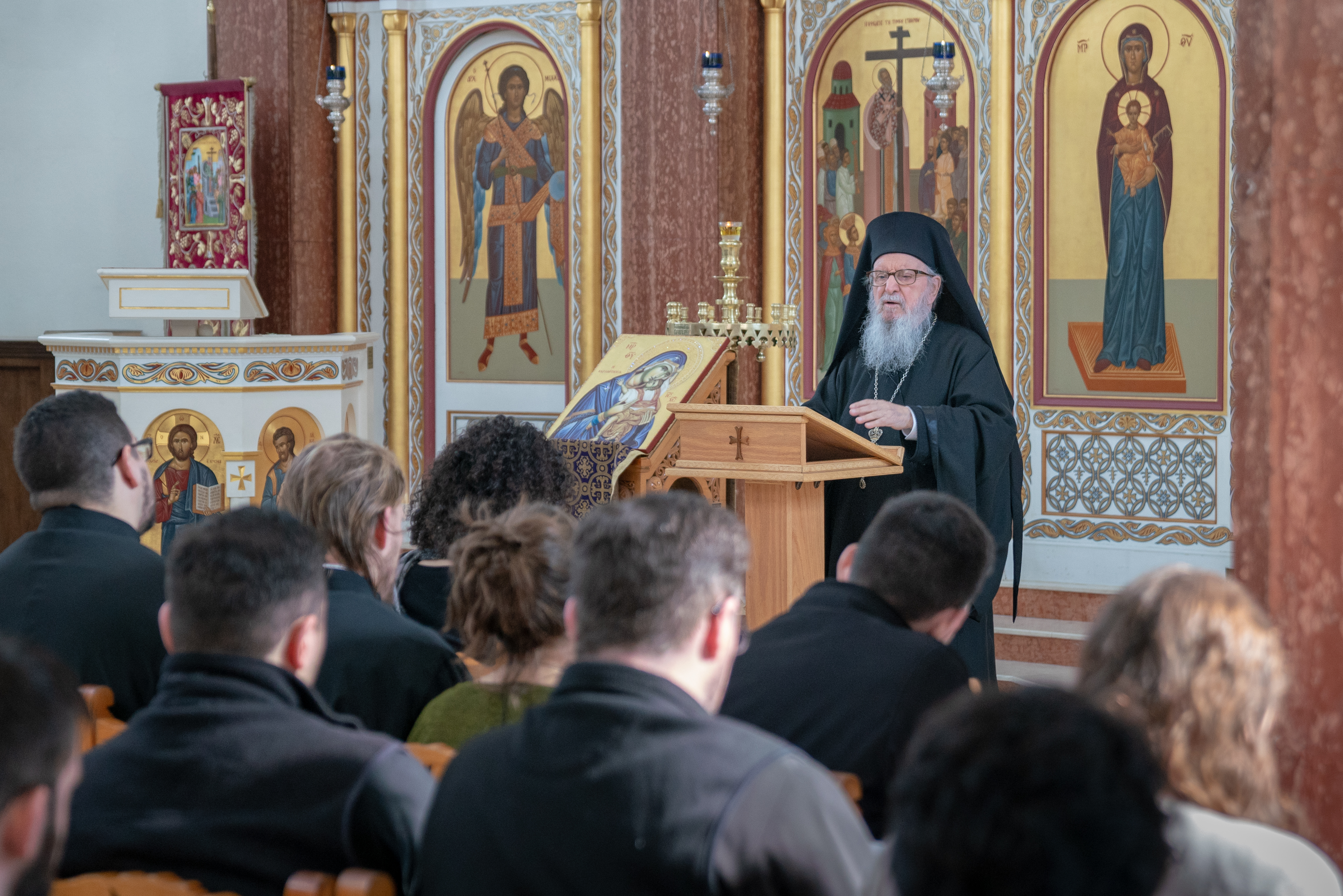 On Monday, March 11, the Hellenic College Holy Cross community observed the start of Great and Holy Lent with a day-long retreat. Students, faculty, and staff gathered in Holy Cross Chapel for Orthros, after which His Eminence Archbishop Demetrios, Geron of America, delivered the keynote address. His Eminence chose as his focus John 15:7-17 and elucidated its message to the keenly attentive audience, who were given copies of the selected passage in Greek and English. His Eminence pointed out the “very specific and dominant verb” that appears multiple times and is usually rendered in English as “abide” or “reside” but carries additional layers of meaning in Greek. More notable still is that Christ tells his disciples–and by extension all of the faithful–not to abide “with” Him, but “in” Him and His love. “Christ is where we reside,” His Eminence said, reminding everyone that the commandment to “love one another,” with which the passage ends, must guide our lives always.

After the morning service, students gathered in breakout discussion groups and later had time for individual reflection and meetings with their spiritual fathers before Vespers. Great Compline with the Canon of St. Andrew marked the end of the edifying and uplifting Clean Monday retreat.