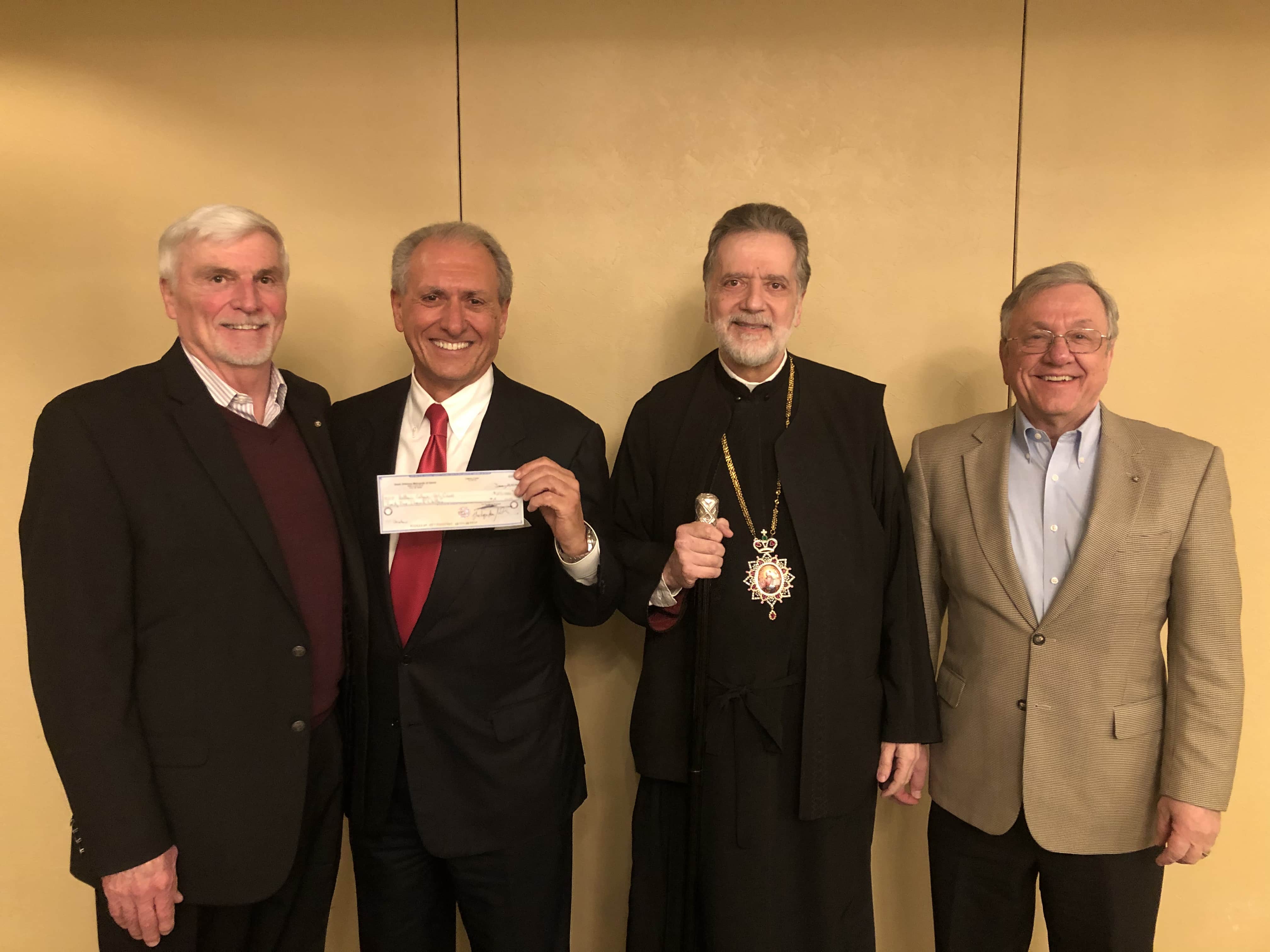 HCHC President George M. Cantonis visited the Metropolis of Detroit on January 20 at the kind invitation of His Eminence Metropolitan Nicholas of Detroit. During his visit, Mr. Cantonis offered presentations on the school’s current situation and future plans to large groups of clergy and laypeople, who warmly greeted his presence among them. “The response of the attendees was very positive,” he said, “and His Eminence could not have been more welcoming and encouraging.”

His Eminence, who hosted a dinner that evening, later said, “Everyone left with a sense of confidence about the selection of George Cantonis as the new President and renewed optimism about the future of the school. The Metropolis was very appreciative of the visit.”

Patrick Crosson, Vice Chair of the Metropolis Council, echoed those sentiments: “We were thrilled to have him here. He gave us a clear, concise message about the direction the school is taking which left us all feeling encouraged.”

Lazaros Kircos is Vice President of the Order of AHEPA’s local Chapter 371 and Chair of its Omega Religious and Philanthropic Fund. He also expressed confidence that “the issues facing the school will be met speedily and with great competence.” Reflecting on the importance of the school to Orthodoxy in America, he went on to say, “Without the seminary, we don’t have priests, and the Church is the center point not only for our faith but also for our culture and traditions.”

The primary purpose of the visit was for our President to introduce himself and engage in dialogue about HCHC, as he is scheduled to do at other Metropolises. However, that intangible goal yielded an extraordinary tangible result: very generous contributions to the school from the Metropolis and from Metropolitan Nicholas personally, and an equally generous matching challenge grant from AHEPA made in the hope, as Mr. Kircos put it, “that others will also step in to help the school through this tough time.”