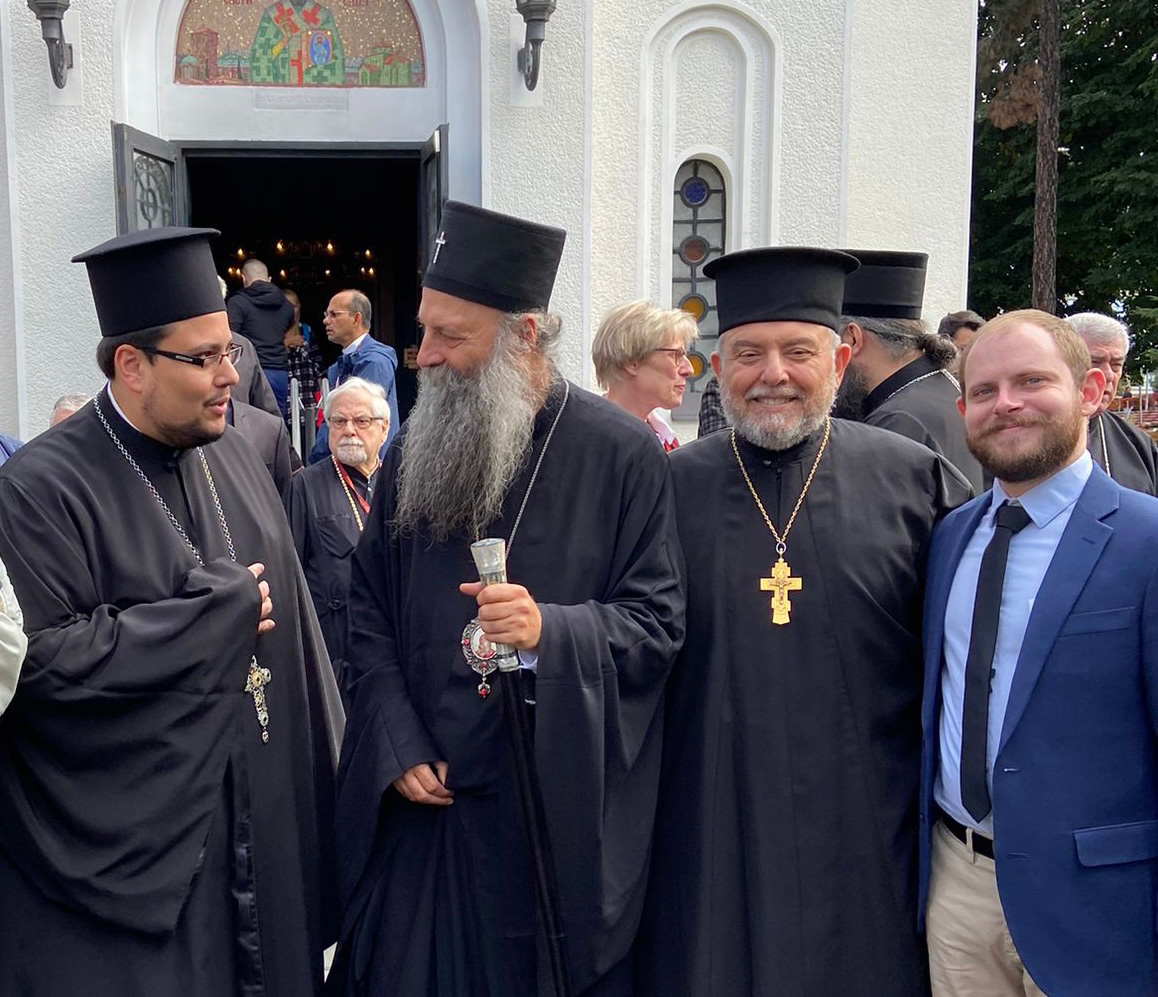 Hellenic College Holy Cross had an active presence at the 25th International Congress of the Society for the Law of the Eastern Churches held in Belgrade, Serbia, from September 26-30, 2022. Participants included Holy Cross alumni V. Rev. Fr. Bartholomew Mercado, Chaplain and Instructor of Canon Law at HCHC, who serves as Secretary General of the Society and was a co-organizer of the Congress, and Rev. Fr. Patrick Viscuso, Professor of Canon Law at the Antiochian House of Studies.  Also attending were Kyle Sterner, a current MDiv and ThM candidate at Holy Cross, and His Eminence Metropolitan Kyrillos of Krinis and Patriarchal Exarch of Malta, a former visiting professor of Canon Law at Holy Cross.

The Congress, which takes place every two years, gathers canonists from the Orthodox, Eastern Catholic, and Oriental Churches to engage in a scholarly collaboration. Several days of presentations centered on the theme of “Ecclesiastical Justice,” with sessions on the organization of tribunals, abuse and justice in monastic life, marriage cases, penal law systems, procedures, and offenses by clergy and laity. Outside of the academic work of the Congress, participants visited various churches and an Orthodox monastery, and were welcomed in a private audience with His Beatitude Patriarch Porfirije of Serbia at the Patriarchal headquarters.

At the General Assembly of the Congress, Fr. Mercado was re-elected as the Secretary General of the Society and will serve another four-year term in this position. Also, Dr. Lewis Patsavos, Professor Emeritus of Canon Law at Holy Cross, although unable to attend in person, was elected as a Councilor of the Society.