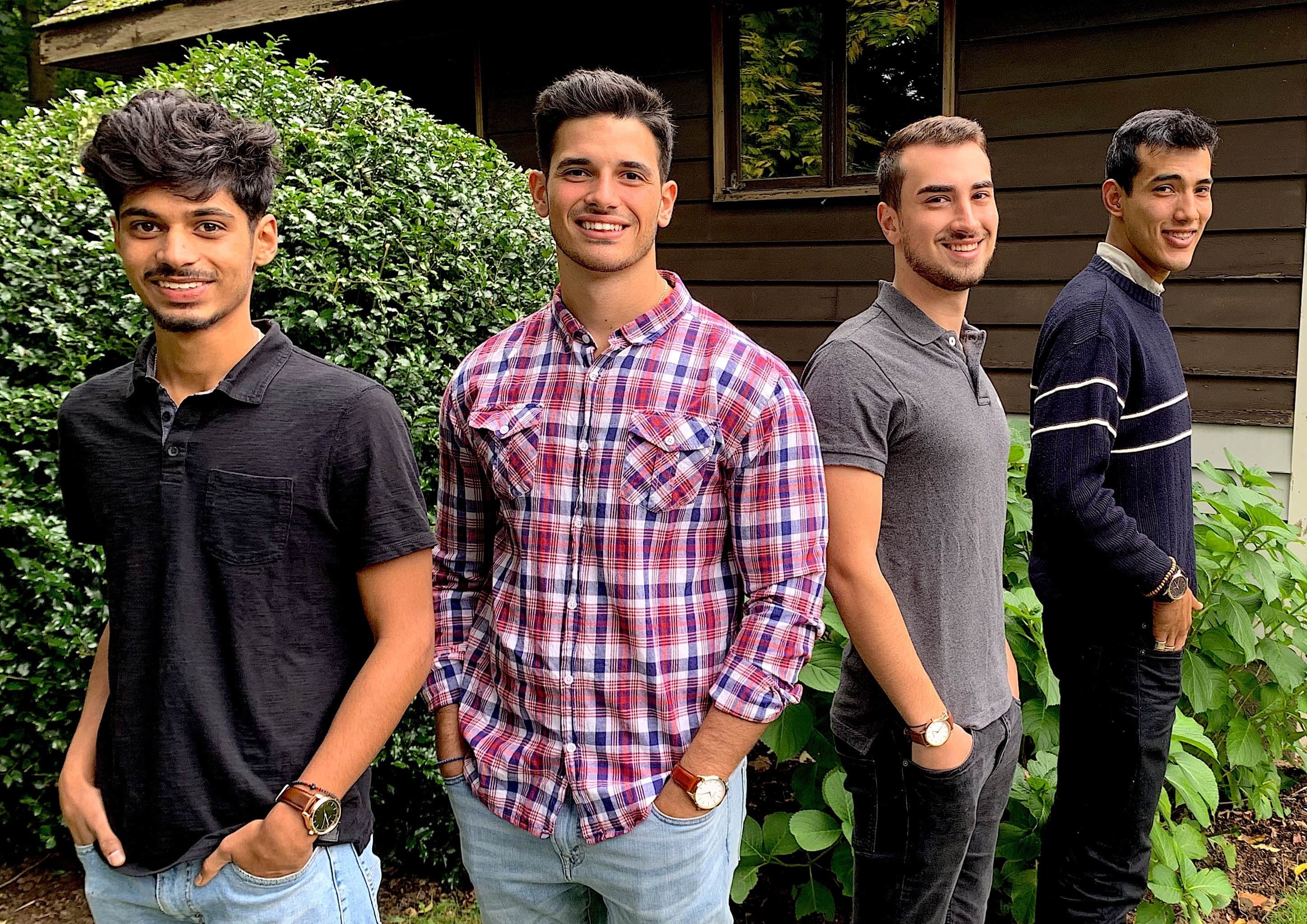 Four Hellenic College students have just launched a new business venture, Orama Watches, with an ambitious philanthropic aim. Demetrius Karathanos from Illinois, Nicholas Metropulos from Florida, Aleksandar Pavlovic from North Macedonia, and Alejandro Zendejas from Mexico may be a diverse group in terms of background, but they share a common vision about socially conscious entrepreneurship. In fact, orama is the Greek word for vision.

This bright idea came to Nick, the team leader, at a dark time in his life, when he learned that his mother was terminally ill. He was suddenly aware that everyone has a finite time to live and to make a difference. Although a full-time student with limited resources, Nick decided to develop a product that would empower individuals to support their favorite causes and remind them to make every moment count. What product could be better for that, tangibly and symbolically, than a watch? And so, with the help of his three like-minded friends, Orama Watches was born.

The four young men have linked up with a manufacturer who can produce high-quality timepieces that will be more affordable than those from regular retailers because the team will handle order fulfillment themselves. Their initial limited-edition collection of watches will support GlobalGiving, a nonprofit organization that provides small nonprofits around the world with access to the tools and training they need to be more effective in making the world a better place. Eventually, there will be watch designs to support specific causes, such as education and health. Aleksandar is in charge of design, while Demetrius manages website content and Alejandro focuses on social media outreach.

Nick has been a socially conscious entrepreneur since the age of 15, when he became Executive Director of Fishing for Families in Need (F4FN), a nonprofit organization founded by his older brother Lucas to help end hunger in southern Florida and the Caribbean. F4FIN partners with fishing tournaments to donate a portion of the catch to families in need and soup kitchens. Last year, Nick and his corps of volunteers provided over 1,000 pounds of fresh fish to those who could never afford such an excellent but expensive source of protein. For his extraordinary achievement, Nick was recently awarded a grant and scholarship of $5,000 each from the Sodexo Stop Hunger Foundation–one of only five students to be recognized at the national level.