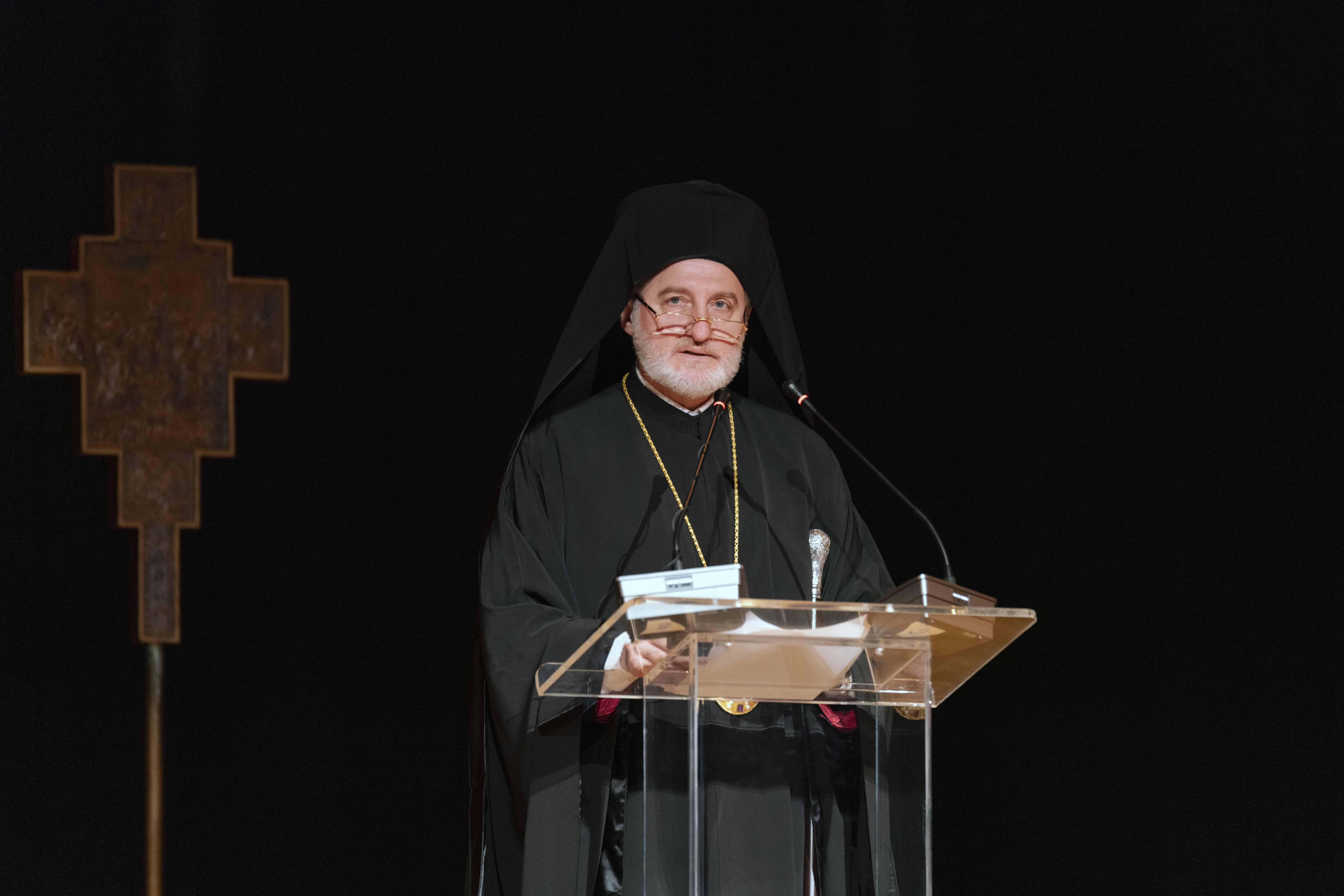 His Eminence Archbishop Elpidophoros of America visited Hellenic College Holy Cross for the first time as Archbishop on Monday, August 26. From the moment of his enthronement, His Eminence has made clear his love and support for the school, so it was especially meaningful that he honored us with his presence at the very beginning of the academic year.

The day began with the traditional Agiasmos (blessing of the waters) in Holy Cross Chapel. After joining the community for breakfast in the Condakes Cafeteria, His Eminence toured the campus, greeting students in their classrooms and stopping in at the Library, the Bookstore, and numerous department offices to meet staff and learn about day-to-day operations.

For the first time, Synaxis and Convocation–ordinarily separate ceremonies–were combined in recognition of the unique occasion. His Eminence Metropolitan Methodios, HCHC’s Interim President, introduced our new Archbishop to the large audience of students, faculty, and staff gathered in the Maliotis Cultural Center. The Archbishop then offered words of welcome to all assembled, but especially to the new students on their first day of classes.

His Eminence expressed his happiness at returning to a place which “…has held a special place in my heart since I first came and taught here in 2004.” A noted scholar, he has long taught at the Theological School of Thessaloniki and told the audience that “I intend to continue this crucial part of my personal vocation as a professor and academic here at Holy Cross.” All present were greatly pleased to hear that HCHC will benefit from our new Archbishop’s erudition in addition to his leadership as Chairman of the Board of Trustees. He concluded by saying, “As we begin this new academic year together, let us celebrate the great work–and the great joy–of teaching and being taught. I wish you all a year of growth, success, and great achievements.”