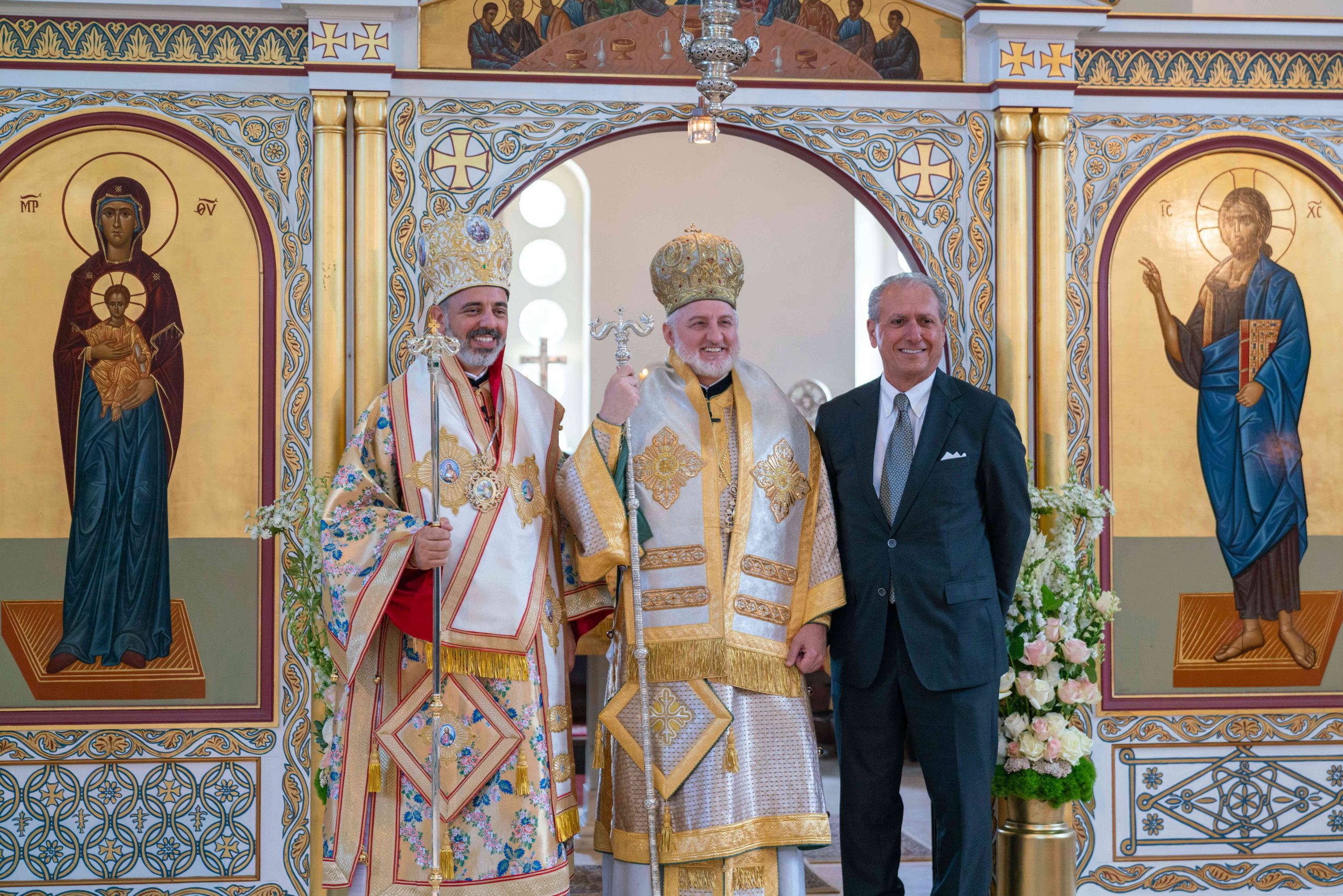 Addressing Bishop-elect Athenagoras before the ordination, His Eminence Archbishop Elpidophoros said, “Today is a day of great personal joy for me…You are a true son of the Great Church of Christ.” His Eminence stressed the significance of the see of Nazianzos and of St. Gregory the Theologian’s place among the most important Fathers of the Church. “This is the legacy that you are called to honor and to serve.” In response, His Grace acknowledged the magnitude of that legacy and his boundless gratitude to His All-Holiness Ecumenical Patriarch Bartholomew for entrusting him with the historic see.

His Grace was elected Bishop of Nazianzos on May 19 by the unanimous vote of the Holy and Sacred Synod on the recommendation of His All-Holiness Ecumenical Patriarch Bartholomew, whom he will serve as Auxiliary Bishop while continuing his ministry in the United States under the direction of His Eminence Archbishop Elpidophoros.

Born Christos Ziliaskopoulos in 1970 in Reutlingen, Germany, His Grace brings to his new position a wealth of experience in many roles, from monastic to parish priest to Dean of the Patriarchal Toronto Orthodox Theological Academy in Toronto, Canada. He came to Boston in 2019 to serve as Chaplain at Hellenic College Holy Cross. Throughout his life in the Church, His Grace has been very active in ecumenical dialogue, working with those of other faiths toward the goal of finding common purpose in an increasingly secular world. He holds numerous academic degrees and is proficient in multiple languages.

The video of the entire Divine Liturgy and ordination can be viewed here. The HCHC community warmly congratulates His Grace on this richly deserved recognition of his lifelong dedication to the Church. AXIOS!