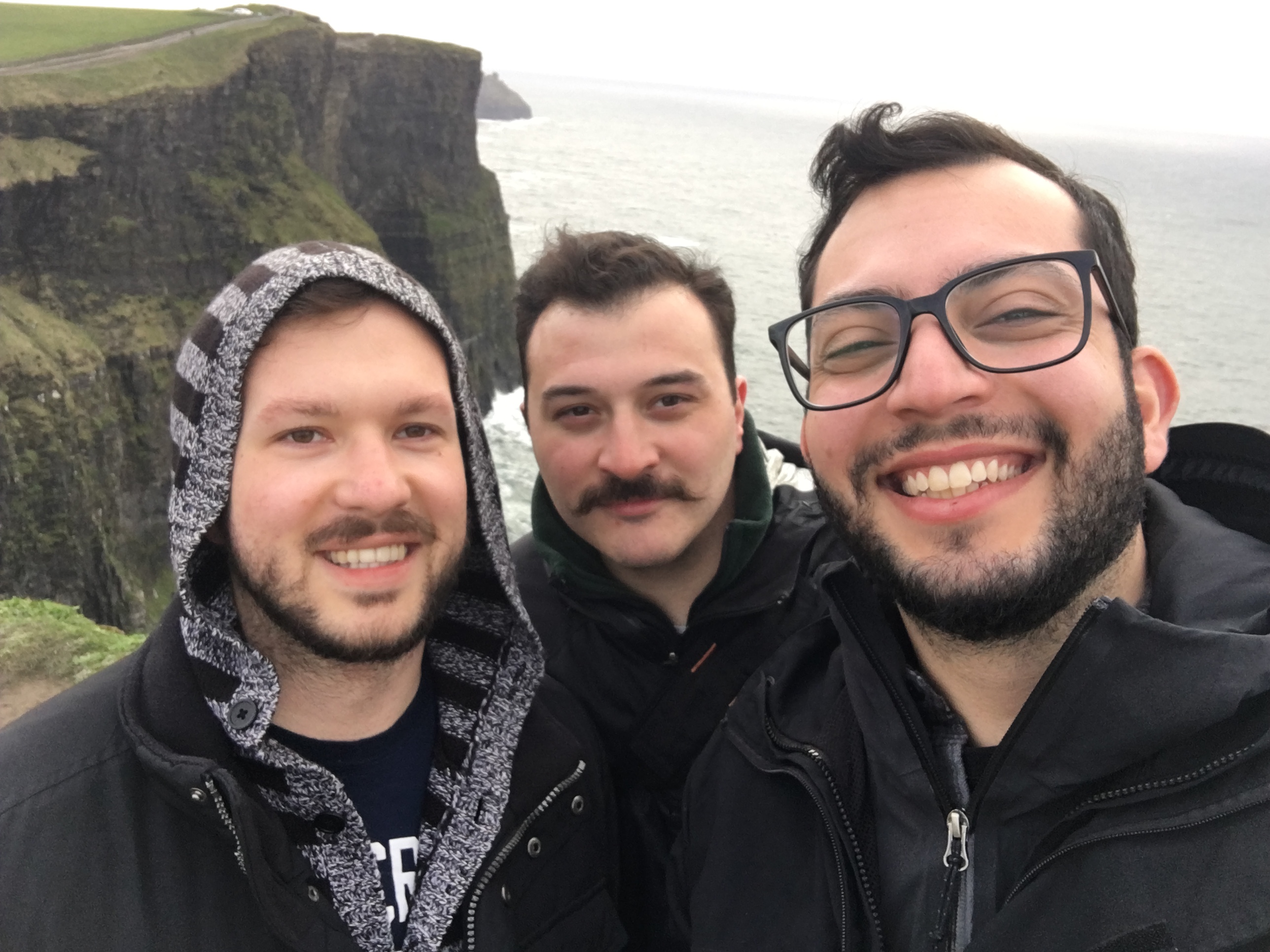 For most Bostonians, Irish or not, St. Patrick’s Day is an annual celebration highlighted by parades and beer-fueled revelry. For three Holy Cross seminarians, however, St. Patrick’s Day 2019 marked the beginning of a trip to Ireland for more serious reasons: to engage with the Orthodox community of Dublin, visit holy sites around the country, and introduce Orthodox thought and worship at University College Cork, part of the National University of Ireland.

The invitation to Cork came via a friend Adam Murphy made while earning a master’s degree at Boston College before coming to Holy Cross. As his name suggests, Adam is part Irish and was especially glad to be going for his grandmother’s sake. “She’s never been to Ireland, but she was with me in spirit. And she became Orthodox last year—at the age of 98—so she was doubly happy that I got to go.”

Joining Adam on the journey were Alex Karcher and Christian Toumbelekis. The trio landed in Dublin on the morning of St. Patrick’s Day, which was also the Sunday of Orthodoxy, in time to attend the Divine Liturgy at the city’s Greek Orthodox church. That evening they attended Pan-Orthodox Vespers at the Romanian Orthodox church. From Dublin they traveled south to Cork, where they led a discussion at University College on Orthodoxy and then chanted an abbreviated Great Compline service in the campus chapel.

Exploring Ireland by car was an adventure in itself, made easier by the fact that Chris is used to driving on the left in his native Australia. The travelers found Ireland even more beautiful than they had expected, and marveled at how much the history of Celtic Christianity is evident throughout the country. Chris says, “Every few kilometers there was either an ancient church, or ruins of a monastery, or a magnificent cathedral, or remnants of a saint’s holy well.” But, as Alex relates, “There was a sadness there too. The ancient and abandoned abbeys and monasteries, the ruins of once-mighty castles… all point to a time now passed. The glory of Celtic Christianity seems to have been forgotten.” Still, our students felt the presence of God everywhere they went, even at the famous Cliffs of Moher, where, Chris says, “we couldn’t help contemplating the magnificence of God’s creation.”