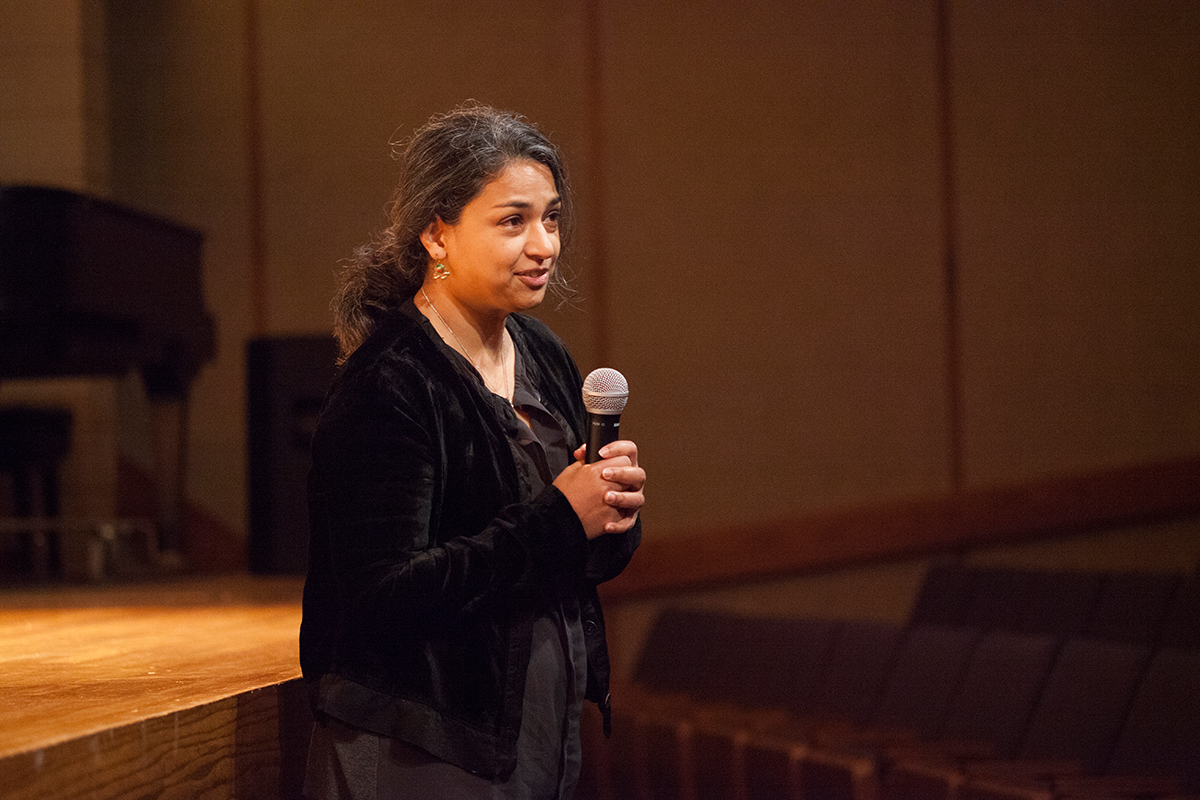 Growing up in Bangalore, India, Anberin Pasha dreamed of becoming a filmmaker. “Every weekend I would go see art films at a cinema near our house and knew very early that I wanted to make films, especially documentaries.” But she never imagined that her path to realizing that dream would take her to Florida, then to Serbia, and ultimately to Holy Cross, where she earned a Master of Divinity degree last May and has just begun the two-year Master of Theology program.

Anberin went to the University of Florida to study documentary filmmaking. Her thesis film, about a white woman who opposed segregation in the Jim Crow South, won a number of awards and honors, including being chosen over 150 other films for screening during the opening of the Clinton Presidential Library in 2004. After graduating with a master’s in mass communications, Anberin learned that IOCC (International Orthodox Christian Charities) was offering an internship in Belgrade, Serbia, for someone to document the organization’s relocation of refugees from Croatia to Serbia. “They gave it to me,” she remembers, “without ever asking me what my religion was, and at the time I was not yet Orthodox.”

That experience changed Anberin’s life personally, professionally, and spiritually. “I had planned to go back to India, but I met my husband, also a filmmaker, in Belgrade. Through his work, I visited monasteries where everyone was so welcoming, so joyful. No one tried to convert me, but Orthodoxy began to draw me in. I started studying and spending time with a nun who gave me wonderful books to read and told me about Mother Maria of Paris. Her story was so incredible that I knew I had to make a film about her, but I also knew that I couldn’t do it without understanding more about Orthodox theology. That’s what brought me to Holy Cross.”

Anberin’s film about Mother Maria, “Love to the End,” recently had its premiere at the Maliotis Cultural Center and is scheduled for numerous screenings in the US and abroad. Following the premiere, Anberin was inducted as Young Scholar of the Year by St. Catherine’s Vision, an international pan-Orthodox organization, for her work as director and producer of the film. “I feel so blessed to be able to share Mother Maria’s life with others and to feel her transformative influence on my life every single day.” 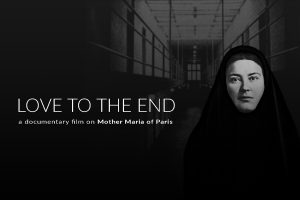 About “Love to the End”

Anberin’s film is a fifty-minute documentary about Mother Maria of Paris and her powerful influence on three contemporary American women. Mother Maria, born Elizaveta Pilenko in 1891 to an aristocratic Russian family, was an intellectual of no religious faith until personal tragedy and upheaval during the Russian Revolution led her to a radically different life and perspective on it in Paris. She fully embraced the Orthodox Faith and became a nun, feeding and housing homeless Russian refugees with the help of her son Yuri and Fr. Dimitri Klepinin. When Paris fell to the Nazis, they began rescuing Jews. Ultimately, all three were arrested by the Gestapo and sent to concentration camps, where they perished. They were canonized in 2004.

Members of the HCHC community and the public filled the Maliotis Cultural Center’s auditorium to capacity on October 27 for the film’s premiere. An already very special event was further enhanced by the presence of Dr. Antoine Arjakovsky, Fr. Dimitri’s grandson. Based in Paris, Dr. Arjakovsky is an internationally recognized scholar active in the ecumenical and peace movements. He opened the evening with a talk about the Russian emigre experience and his work researching the religious thinkers among them in Paris between the wars. At the conclusion of the screening, he joined the rest of the audience in giving the film a standing ovation.

Read more about the film at lovetotheend.com.