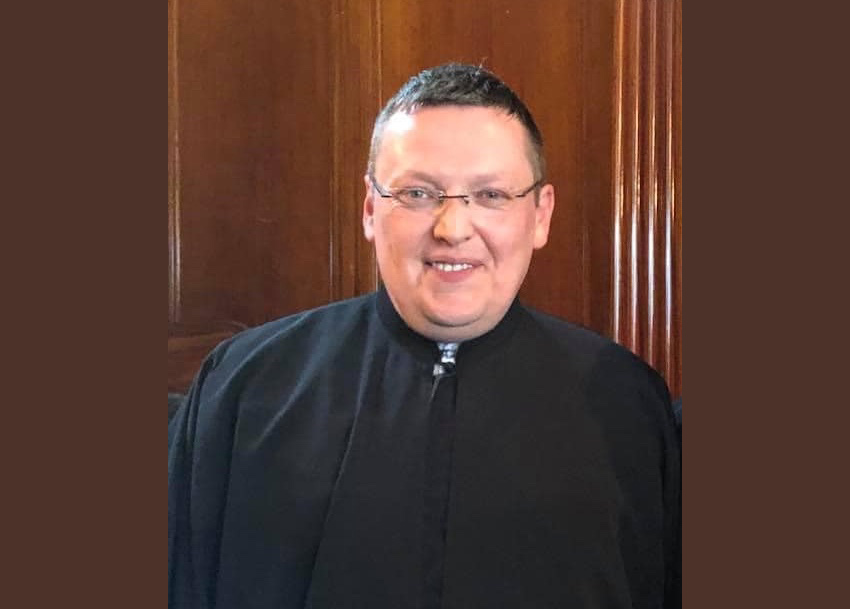 The untimely passing of Fr. Antonios Papathanasiou is being mourned worldwide by everyone whose lives he touched in his 47 years. Fr. Antonios fell asleep in the Lord in Athens on March 29, 2022, following heart complications.

Although he was descended from a long line of priests stretching back to 1750 and his father, Fr. Athanasios of blessed memory, was his beloved role model, Fr. Antonios’ path to the priesthood was a long yet enriching one. He majored in Human Development at Hellenic College while also serving as assistant to the director of the Office of Student Life, co-editor of the weekly newsletter, and Greek tutor, as well as singing in both the Byzantine and Western choirs and working with developmentally disabled children in Boston. After receiving his bachelor’s degree with honors in 1998, he earned a master’s degree in international relations and politics at CCNY, ranking first in his class. He then began doctoral studies in the same field, worked for the Permanent Mission of Greece to the United Nations, fulfilled his mandatory military service in the Greek Navy, and worked in Athens as an international relations/political analyst at a think tank and the Greek Parliament.

Then, in 2008, Fr. Antonios went to Mount Athos for the first of many visits. After running for Parliament and a good deal of soul-searching, he moved to Mount Athos, then to Constantinople, where he served as a novice monk at the Halki Theological School under the guidance of His Eminence Archbishop Elpidophoros of America, who was then Metropolitan of Bursa. Ultimately, he returned to Brookline—after almost twenty years—and the Master of Divinity program at Holy Cross, from which he graduated in 2017. He was appointed Dean of Students in August of that year and was ordained to the Holy Priesthood in May 2018 at Holy Cross Chapel with his beloved mother and sister proudly present.

After a very fruitful period at HCHC, Fr. Antonios returned to Greece in August 2020 to explore other opportunities. Shortly thereafter, His Eminence Archbishop Nikitas of Thyateira and Great Britain called him to London to serve at the Archdiocese. Persistent health issues caused Fr. Antonios to seek additional medical care in Athens, where he passed away.

May the memory of this remarkable and devoted servant of the Lord be eternal.