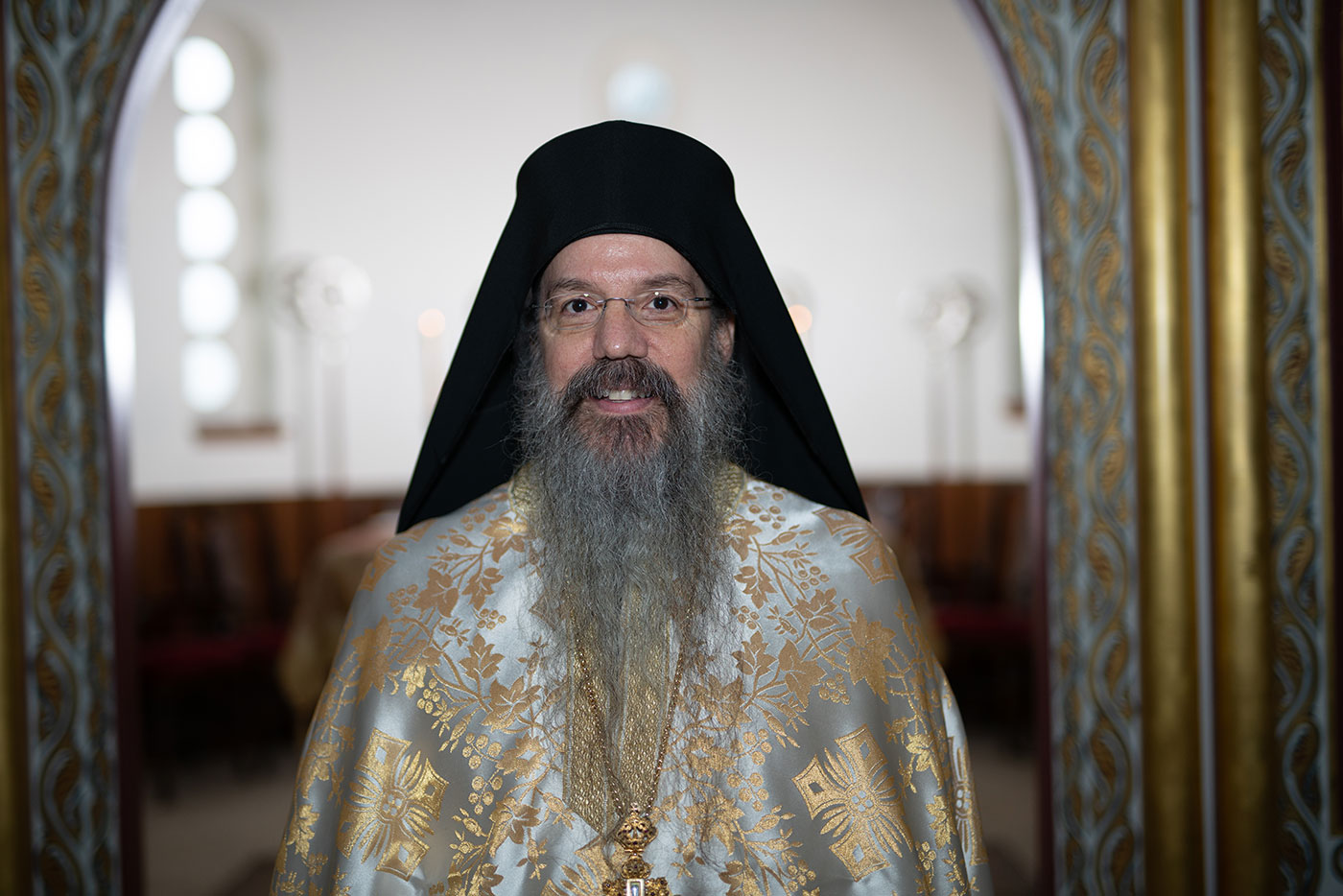 The Very Reverend Archimandrite Maximos Constas has been appointed by HCHC President George M. Cantonis to be the new Director of the Stephen and Catherine Pappas Patristic Institute. Fr. Maximos was a founding board member of the Institute and brings to his new role a long and distinguished career in patristic theology and the study of the Church Fathers.

Part of Hellenic College Holy Cross, the Institute is dedicated to the advancement and promotion of patristic studies in service to both the academy and the Church. It is devoted especially to the study of the Greek Fathers and the Byzantine theological tradition. Established in 2003 by a generous grant from the late Stephen and Catherine Pappas, the Institute enjoys close cooperation with other seminaries, theological schools, and universities in the Boston area. It pursues and supports patristic scholarship through conferences, lectures, summer programs, and publishing.

Fr. Maximos has appointed Tikhon Alexander Pino, PhD, an alumnus of Holy Cross (2013) as Assistant Director and has assembled a diverse Administrative Board of highly respected scholars in patristic studies and related fields. The Board is chaired by James Skedros, ThD, Michael G. and Anastasia Cantonis Professor of Byzantine Studies at Hellenic College Holy Cross. Also serving on the Board from HCHC are Timothy Patitsas, interim Dean of Hellenic College and Assistant Professor of Ethics at Holy Cross, and Fr. George Parsenios, PhD, Dean of Holy Cross (ex officio). Institutions represented by other members include Aristotle University of Thessaloniki, Boston College, Emmanuel Christian Seminary at Milligan University, St. Anselm College, and Villanova University. Learn more about the Institute and its Board at pappaspatristicinstitute.com

Fr. Maximos received his Master of Divinity degree from Holy Cross summa cum laude in 1987. He completed his PhD in Patristics and Historical Theology at the Catholic University of America in Washington, DC in 1993, after which he taught at Hellenic College and Holy Cross from 1993 to 1998. He then joined the faculty of Harvard Divinity School as Professor of Patristics and Orthodox Theology and taught there until 2004. Responding to a lifelong calling to the monastic life, he resigned his position at Harvard and was tonsured a great-schema monk at the Holy Monastery of Simonopetra, where he lived from 2004 to 2011. He was subsequently invited by Archbishop Demetrios to return to Holy Cross, where he has been an outstanding teacher, rigorous academic mentor, prolific scholar, and interim Dean of Holy Cross from 2019 to 2021. His publications include five books, more than fifty articles, and a dozen translated volumes. His current research project is a first-ever critical edition and English translation of the Life of the Virgin by the tenth-century Byzantine writer John Geometres.

Fr. Maximos teaches courses on the theology of the Church Fathers, including St. Basil the Great, St. Gregory the Theologian, St. Dionysios the Areopagite, St. Symeon the New Theologian, and especially St. Maximos the Confessor, on whom he is an internationally recognized specialist. His research interests focus on the patristic and Byzantine interpretation of Scripture, the Philokalia and Orthodox spirituality, the study of Byzantine manuscripts, and the theological study of Byzantine art, icons, and iconography.

Fr. Maximos has twice held fellowships at Dumbarton Oaks, Harvard University’s Center for Byzantine Studies in Washington, DC (1992-1993, 2000-2002). He was the Inaugural James Rubin Visiting Professor of Patristic and Byzantine Studies at Hebrew University in Jerusalem from 1991to1992 and a Visiting Professor of Patristics and Byzantine Literature and Consultant to the Thesaurus Linguae Graecae at UCLA, Irvine, in 2001. In 2003, he was invited to teach Orthodox Theology at the École Pratique des Hautes Études in Paris, and in 2016 served as a Visiting Professor of Byzantine Literature at Harvard University’s Department of the Classics. He is a member of numerous international theological societies, and serves on multiple editorial boards, including Analogia: The Pemptousia Journal for Theological Studies, and Harvard University’s prestigious Dumbarton Oaks Medieval Library series.