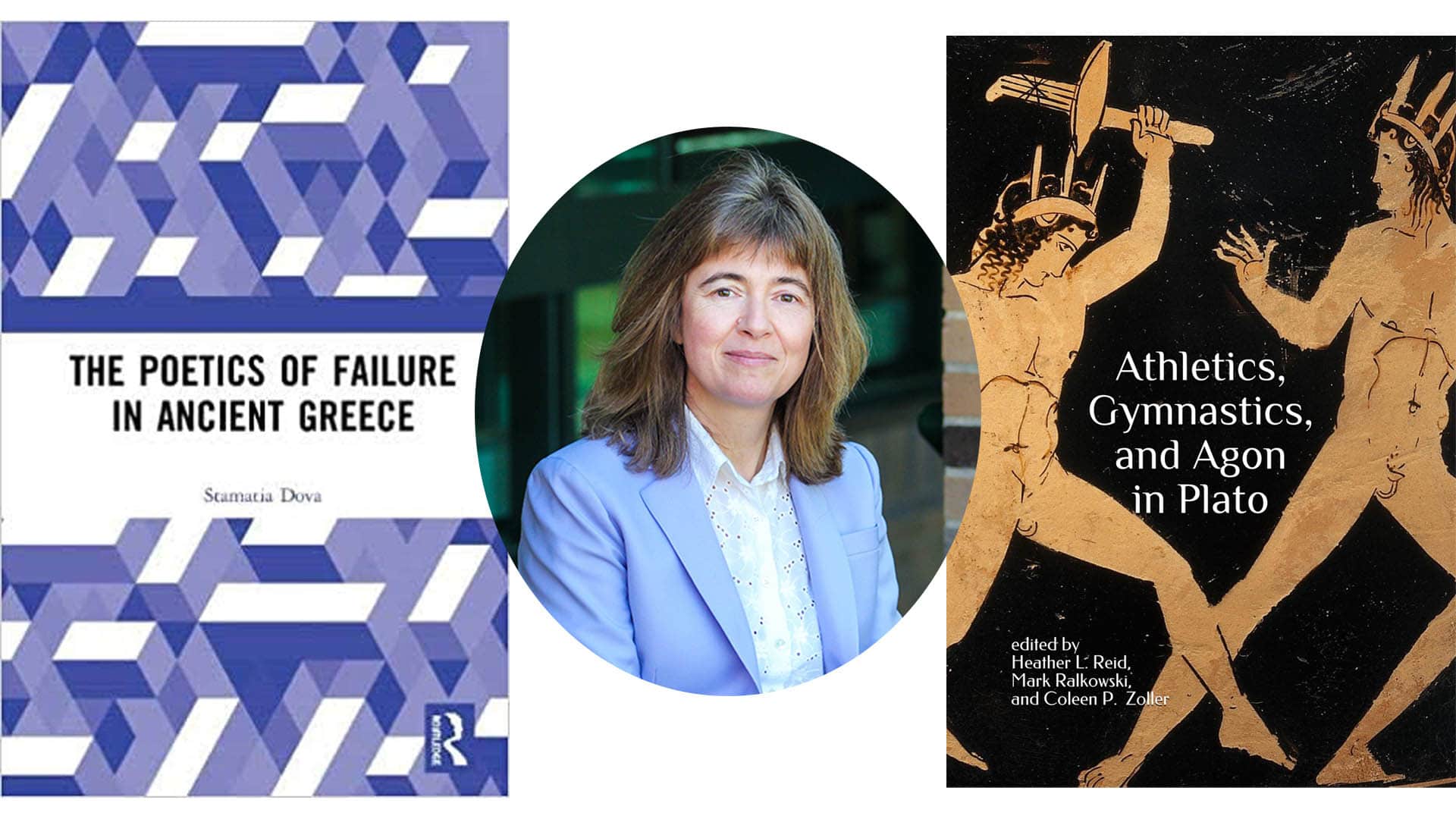 Dr. Stamatia Dova, Professor and Director of Classics and Greek Studies at Hellenic College, has recently published a new book, The Poetics of Failure in Ancient Greece (Routledge), which offers an innovative approach to archaic and classical Greek literature by focusing on a little-explored topic through close readings of epic, lyric, and tragic poetry. This monograph revisits key passages from the Iliad and the Odyssey, the Homeric Hymn to Aphrodite, Pindar’s epinician odes, Euripides’ Herakles, and other texts to identify a poetics of failure that encompasses gods, heroes, athletes, and citizens alike. It is engaging reading for both scholars and students who are interested in how ancient Greek literary paradigms tried to answer the question of how and why we fail.

Dr. Dova is also a contributor to a new collective work entitled Athletics, Gymnastics and Agon in Plato (Parnassus Press – Fonte Aretusa). Her article is “On Philogymnastia and its Cognates in Plato.” Another article, “On Princes and Carpenters Boxing in Homer,” appeared in the September 2020 issue of The Journal of the Philosophy of Sport.

In addition to teaching at Hellenic College, Dr. Dova is an Associate in Hellenic Language and Literature at the Center for Hellenic Studies, which is affiliated with Harvard University, where she earned her doctorate in 2001.