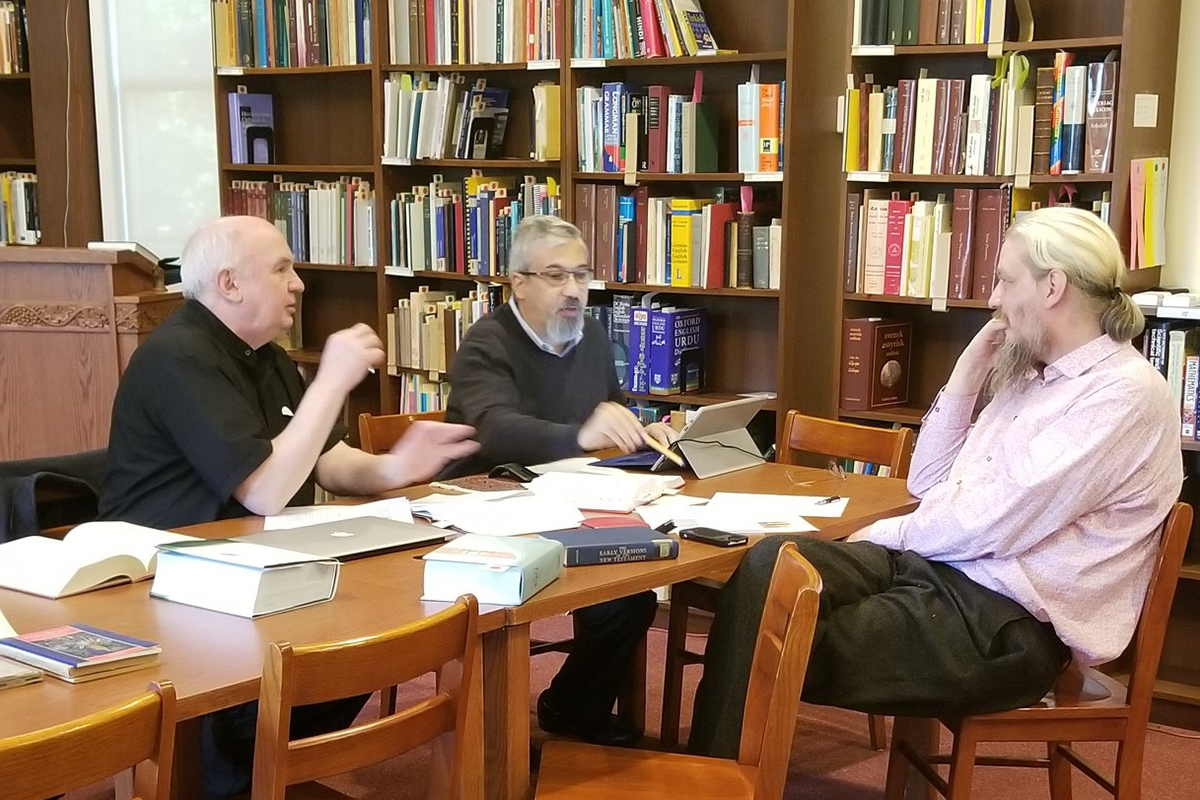 Rev. Dr. Eugen J. Pentiuc, Archbishop Demetrios Chair of Biblical Studies and Christian Origins at Holy Cross, Rev. Dr. John Behr, Georges Florovsky Distinguished Professor of Patristics at St. Vladimir’s Seminary, and Dr. George Kiraz, founder and director of Gorgias Press, recently met for the second time to discuss the next steps toward producing a Pan-Orthodox Study Bible (POSB), of which they are the general editors.

At the meeting, which took place at the Beth Mardutho Syriac Institute headquarters in Piscataway, New Jersey, on October 25, the three general editors decided on the main vision and structure of this important Bible project in which five Orthodox communities (Eastern/Byzantine, Syriac, Armenian, Coptic, and Ethiopian) will meet around the unifying Word of God, celebrating the differences and similarities of multifaceted Orthodoxy. This study Bible project is well-rooted in the ancient interpretive traditions of various Orthodox communities. Aural (liturgical material and patristic comments) and visual (iconography) material included in beautifully designed boxes throughout the entire text will back up the succinct theological commentaries on each biblical pericope.

Fr. Eugen, who worked on the Orthodox Study Bible (Thomas Nelson Press, 2008) as a general editor, noted: “As an Orthodox biblical scholar and Scripture professor, I am truly thrilled to see our POSB continuing, deepening, and extending in scope and content the previous OSB efforts and achievements. The great contribution of POSB lies with the textual basis, an excellent English translation of the Old Greek (Septuagint) Bible, while showing the significant textual differences carried by various textual witnesses. The biggest challenge for the general editors will be to identify a common ground in various theological-spiritual-pastoral readings of the Scriptures, so that the Orthodox Eastern and Oriental find themselves at home. I pray and hope that our POSB will contribute substantially to Orthodox unity.”

More details about the exciting project are expected in the coming months.