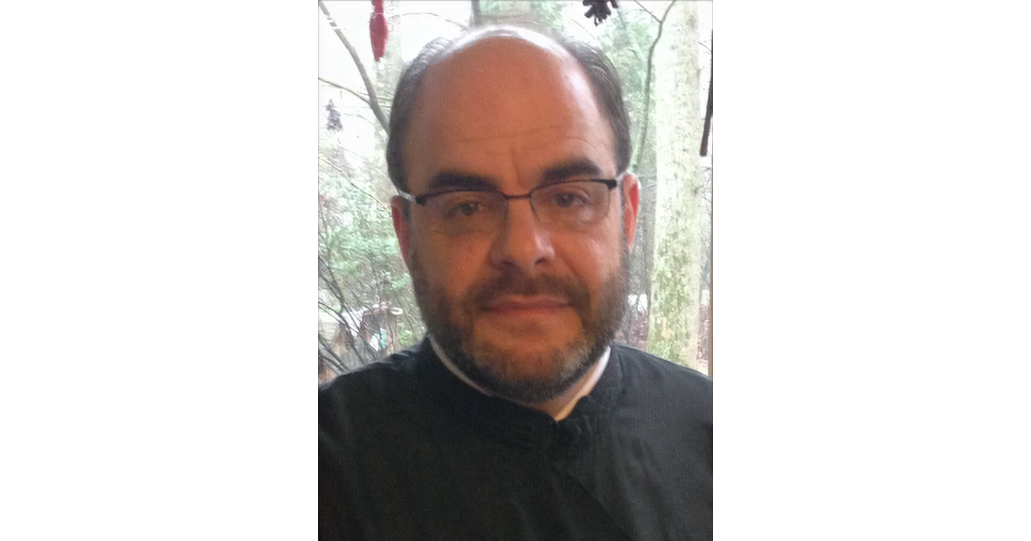 The President of HCHC and the Dean of Holy Cross Greek Orthodox School of Theology are pleased to announce that Rev. Dr. George L. Parsenios, Professor of New Testament at Princeton Theological Seminary, will be offering an online course at Holy Cross during the Fall 2020 semester. He has graciously offered to volunteer his time and considerable expertise to Holy Cross as a gift to his beloved alma mater.

Fr. Parsenios is an award-winning teacher and internationally recognized scholar of the New Testament, with expertise in the Gospels. He holds the rank of Full Professor at Princeton Theological Seminary, where he has taught since 2002. He has been an Adjunct Professor at St. Vladimir’s Orthodox Theological Seminary and at the St. Athanasius Theological College in the University of Melbourne (Australia). He also holds the position of Extraordinary Research Professor at North West University in South Africa. He is the author of three major books and numerous articles on New Testament themes, and was recently a member of the team that revised the translation of the New Testament for The New American Bible, under the auspices of the United States Conference of Catholic Bishops. His publications focus on the interaction of early Christianity with the classical world and on the interpretation of Scripture in the early Church.

Fr. Parsenios received his Master of Divinity degree from Holy Cross, which he earned after receiving degrees in Classics from the University of Cincinnati (BA) and Duke University (MA).  Following his studies at Holy Cross, he earned a PhD at Yale University. He is a priest in the Greek Orthodox Metropolis of New Jersey, serving part-time at the parish of St. Demetrios in Perth Amboy. He and Presvytera Maureen have three children.

At Holy Cross, Fr. Parsenios will be teaching “Introduction to the New Testament,” a course which will make the New Testament more accessible to students in two overarching ways. First, students will be introduced to the basic historical and literary realities that shaped the books of Scripture by answering questions like: What is a Pharisee? Why did Paul write letters? Why were the Romans in Judea? Because the past is like a foreign land, where people lived and acted differently, the first goal of the course is to break down some of the barriers that make the New Testament seem alien to modern readers. The second goal is to show how the Tradition of the Church is founded firmly on sacred Scripture. For example, the basic principles of Paul’s pastoral and theological writing became the foundation for the ascetical teaching of the Desert Fathers, the mystical theology of Dionysius the Areopagite, the ethical teachings of St. John Chrysostom, and the arguments for the veneration of icons put forward by St. John of Damascus. Reading the Bible, in other words, does not take us away from the Church’s faith and life, but draws us more deeply into an Orthodox way of thinking and living. This course, therefore, will first draw students into the past, in order that they can read the New Testament with the eyes of its original recipients. This will in turn lead to the understanding that the New Testament is not merely a book of the past, but a book that resonates profoundly throughout the entire history and experience of the Church, down to the present day and in the life of every believer.

Fr. Parsenios believes that few academic institutions provide the chance to teach and to study the Bible within the life of the Church like Holy Cross does. It was while he was a student at Holy Cross that he first combined his calling to the priesthood with a devotion to the study of the New Testament. He is honored to help today’s students do the same, through this online course.