REV. DR. PENTIUC PUBLISHES THE OXFORD HANDBOOK OF THE BIBLE IN ORTHODOX CHRISTIANITY 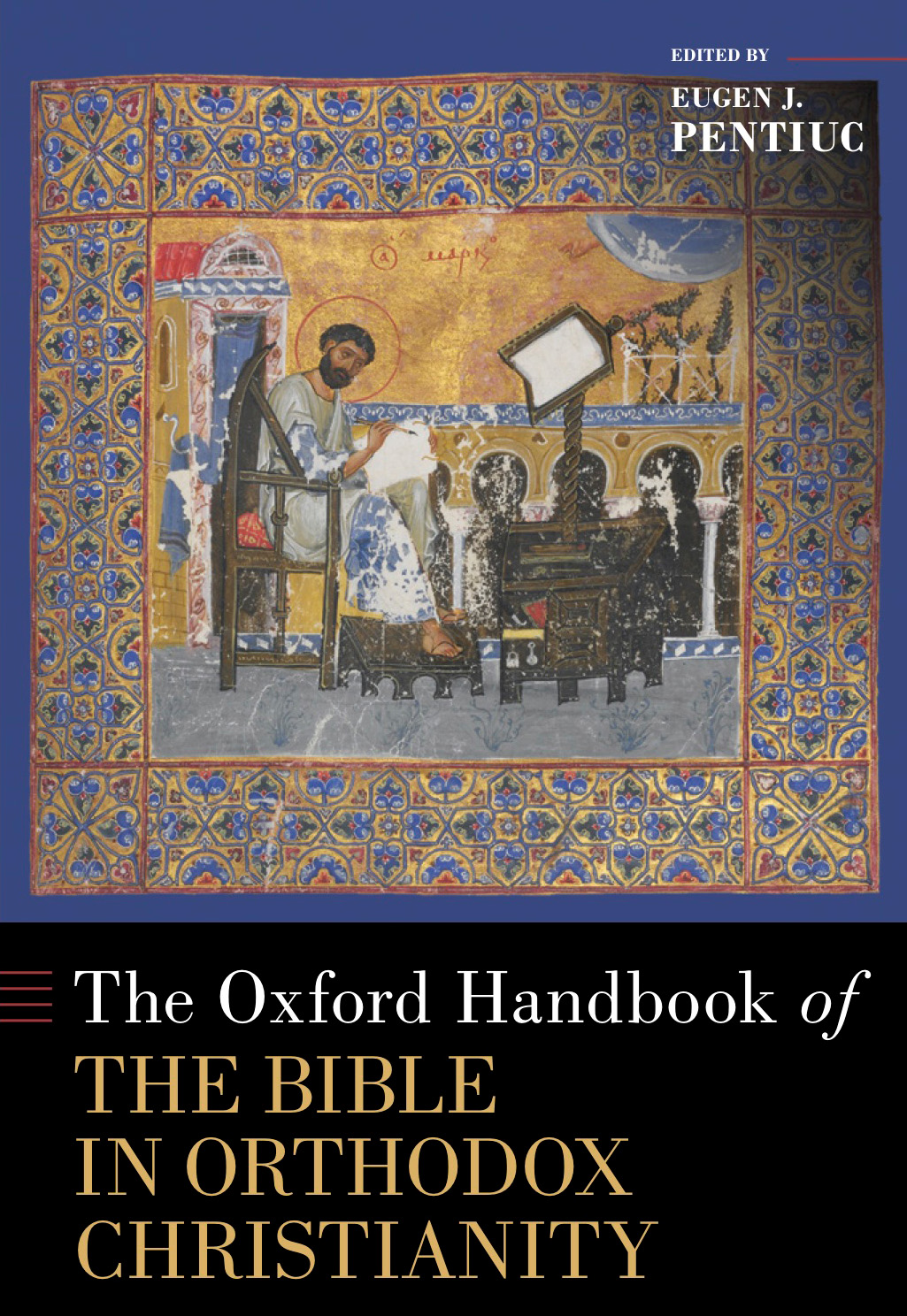 The Oxford Handbook, edited by Fr. Pentiuc and with a foreword by His Eminence Archbishop Elpidophoros of America, offers authoritative and up-to-date surveys of original research on a particular subject area. Specially commissioned essays from leading figures in the discipline give critical examinations of the progress and direction of debates, as well as a foundation for future research. It investigates the various ways in which Orthodox Christian, namely, Eastern (Byzantine) and Oriental communities (Syriac, Ethiopian, Coptic, and Armenian) have received, shaped, and interpreted the Christian Bible.

Fr. Pentiuc’s opening article, “Balancing Tradition with Modernity,” sets the tone and scope of the volume, and is followed by five parts. Part I, “Text,” shows that textual fluidity and pluriformity, characteristic of Orthodoxy, is demonstrated by the various ancient and modern Bible translations such as Old Greek, Syriac, Coptic, Ethiopian, Armenian, etc. Part II, “Canon,” underlines the ‘open-endedness’ of the Orthodox Old Testament canon, consisting of thirty-nine canonical and ten or more anaginoskomena ‘readable’ books. Part III, “Scripture within Tradition,” underscores the Orthodox view on Scripture’s centrality within Tradition. Part IV, “Toward an Orthodox Hermeneutics,” and Part V, “Looking to the Future,” survey Orthodox ‘traditional’ hermeneutics (patristic commentaries and liturgical productions) in ‘conversation’ with historical-critical approaches to the Bible.

According to Fr. Pentiuc, this volume would not have been completed without God’s grace, a sabbatical provided by Holy Cross, and the financial support of the Jaharis Family Foundation, the generous donor of the chair held by Fr. Pentiuc. As a token of gratitude for that support, Fr. Pentiuc chose an illumination from The Jaharis Byzantine Lectionary (Constantinople, ca.1100) for the front cover of the work.