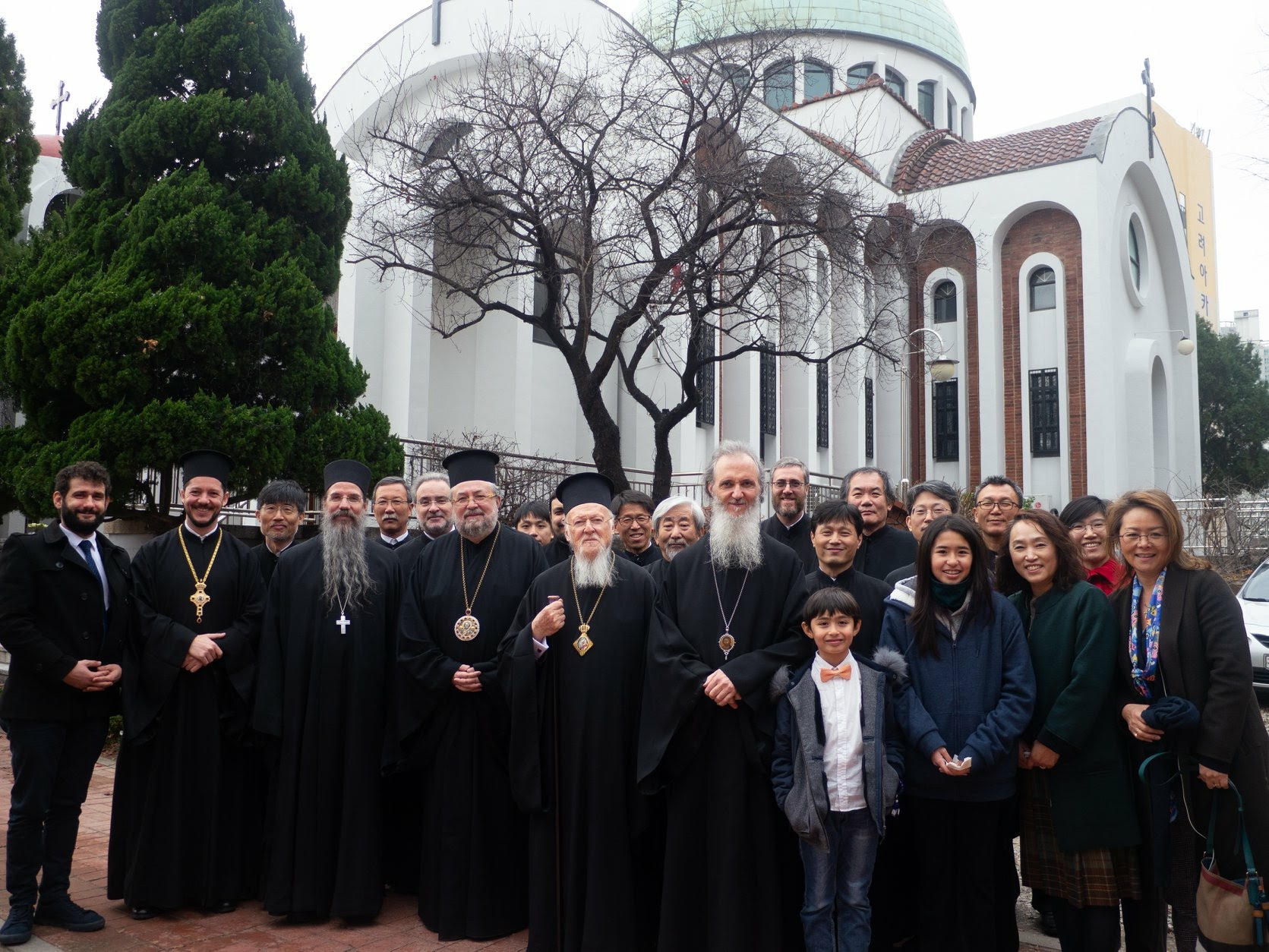 V. Rev. Dr. Maximos Constas, Senior Research Scholar at Holy Cross, was a featured speaker at a recent International Symposium on the Environment in Seoul, Korea. The symposium, which was attended by more than 400 people, was part of a celebration to mark the fiftieth anniversary of St. Nicholas Cathedral. His All Holiness Ecumenical Patriarch Bartholomew delivered the keynote address at the symposium and was followed by Fr. Maximos, whose topic was “A Tale of Two Trees: Nature and Human Transformation.” The paper explored St. Maximus the Confessor’s interpretation of the two trees in paradise, the Tree of Knowledge and the Tree of Life, which the Confessor understood to be a symbol of creation.

Fr. Maximos also accompanied His All Holiness to the Korean Demilitarized Zone between South Korea and North Korea. The Patriarch conducted a memorial service for the more than 35,000 people killed during the Korean War and offered a prayer for the reunification of the two Koreas.

The Orthodox Church in Korea was founded in 1900. For the first fifty years of its existence, it came under different jurisdictions, due to the upheavals of Japanese occupation, communist intervention, and the Korean War. In 1955, the church came under the Ecumenical Patriarchate of Constantinople, following a unanimous vote by the General Assembly of the Korean Orthodox community. Under the leadership of Metropolitan Ambrosios, who visited our school not long ago, the church in Korea is a vibrant, pan-Orthodox community, composed primarily of Koreans, but also including Greeks, Serbs, Romanians, Russians, Ukrainians, Americans, and others.